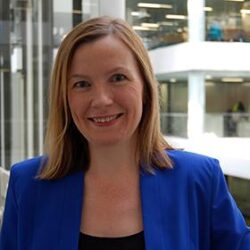 Vernon: Cost of clinical negligence is expected to continue to rise

The proportion of clinical negligence claims resolved without formal proceedings has reached a record high amid greater co-operation between parties, NHS Resolution has revealed.

Partly as a result, the amount the NHS paid out in claimant costs fell by 10%.

NHS Resolution’s annual report said very few claims associated with the pandemic were lodged in the year to 31 March 2021, although it has made provision for £900m worth eventually arising.

At the same time, its impact on the NHS, law firms and the court system meant the service’s expenditure for the year was 16%, or £430m, below budget.

NHS Resolution chief executive Helen Vernon said “a welcome development” during the year was greater cooperation between the parties.

“Our efforts to keep cases out of court gained more traction as there was an increased willingness to resolve matters without formal court proceedings and to try new approaches such as remote mediations.

“As a result, there has been good performance against most of our performance targets, despite the challenges.”

Ms Vernon went on: “A more promising feature of the underspend, which is also reflected in a reduction in the [overall] provision from £84.1bn to £82.8bn is some favourable trends we have observed in our claims experience.

“The number of expected incoming claims is lower than expected and claims inflation has also reduced.

NHS Resolution received 12,629 clinical negligence claims and reported incidents in the year, a 7.5% increase that was driven by claims for relatively new GP indemnity schemes it is now overseeing; there was actually a decrease in clinical claims for the existing schemes, which are dominated by the scheme for NHS trusts.

“Operational challenges in the legal industry and the wider NHS system are likely to have reduced the ability of claimants to submit claims… The full effect of the pandemic on case volumes will only become apparent in future years.”

The service closed 15,397 claims in 2020/21, a 6% drop it attributed to the operational challenges of Covid. There was a significant rise in the number of claims that closed without damages (from 37% to 44%) that was linked directly to NHS Resolution’s oversight of the GP schemes.

“There has been a reduction in the volume of high-value claims in particular that have had damages and claimant legal costs payments, and the average value of those payments has reduced during 2020/21,” the report said.

“This may be in part due to the operational challenges experienced in the legal and health environments during the pandemic to progress claims.

The increase in its own legal costs was due to NHS Resolution taking on the new indemnity schemes for general practice, including assuming management of several thousand historic claims.

The report said NHS Resolution was testing a “wide range” of innovative dispute resolution techniques, such as resolution meetings, allowing the parties to identify and discuss claims where there is limited progress or the claim is about to enter formal court proceedings.

There is also the ‘stock-take’ procedure, which involves scheduling formal meetings with the claimant’s lawyers at fixed stages during a claim.