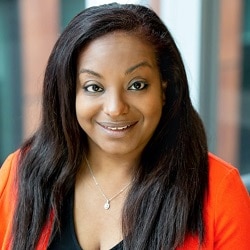 A host of mergers and acquisitions have been announced now that the 1 October deadline that most firms still stick to for their insurance renewal has passed.

We reported on a series of deals unveiled last month ahead of renewal, and also Slater & Gordon’s acquisition of Jigsaw Law last week.

BTTJ said the deal would increase its turnover by more than 20% and workforce to 70. All the offices will remain open.

Senior partner Samantha Wright said: “The past few months have not been without challenges, for both firms, but even in these difficult times, BTTJ and MacNamara King have been committed to moving forward with its expansion plans – all while adapting to new ways of working for the benefit of both clients and employees.”

In Liverpool, criminal and commercial litigation firm Astraea Legal – which has offices in Liverpool and London – has acquired Liverpool criminal law specialists Linskills, a deal that sees its team grow from eight to 20.

Astraea founder and managing partner Nama Zarroug said Julian Linskill would remain “very much part of the team for the foreseeable future”.

She explained: “Linskills will remain the trading name for all of our publicly funded work and together with our expertise in areas such as crime, property, civil litigation, family and welfare this will expand and enrich our overall offering.”

It is a second deal of the year for Chattertons, which has 10 offices in the region plus one in London, after merging with Andrew & Co at the start of 2020.

The firm, which also has a wealth management business, now employs more than 250 people.

Hampshire firm Biscoes has strengthened its presence on the Isle of Wight with a second office after merging with Newport-based Wheelers. It takes the Portsmouth-based practice’s number of offices to eight.

Paul Wheeler will head the office with Nick Gurney-Champion, whose Portsmouth firm was acquired by Biscoes in 2018 along with Heyes Samuel & Co in Ryde. Mr Gurney-Champion, who was born on the island, is a member of the Law Society council and chair of its professional indemnity insurance committee.

Biscoes managing director Alison Lee said: “This merger will allow us to work with businesses and individuals in and around Newport on the Isle of Wight who may have previously been outside our network of local offices.”

Finally, in Carlisle, Wragg Mark-Bell has merged with Malcolm Dodds Solicitors, whose sole principal, criminal defence lawyer Malcolm Dodds, becomes a consultant. He was one of the first solicitors in the country to be granted higher rights of audience for the criminal courts.