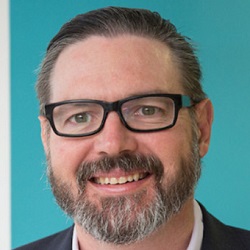 The chairman of Stowe Family Law has said further acquisitions are likely following its first purchase of a law firm, Chapman Pieri in north London, earlier this month.

Ken Fowlie said Stowe’s rapid growth, more than doubling the number of its offices in only two years, had been achieved organically, but acquisition added “another limb to our strategy”.

Declining to put a lower or upper limit on further acquisitions this year, Mr Fowlie said: “This is a very large and fragmented market and there is lots of opportunity for us. There are still plenty of places on the map where we think we have a lot to offer clients.

“We will be looking for other opportunities like Chapman Pieri to help us achieve our ambition to serve more clients and be the leading provider of family law services.”

Mr Fowlie said Chapman Pieri, an alternative business structure with two directors and eight staff, was chosen because it had a “very good reputation” and lawyers at Stowe knew this from being on the opposite side in cases.

There was a “cultural fit” and the firm was a family law specialist, located in the right place in terms of Stowe’s expansion.

Founded by Marilyn Stowe in 1982, Stowe Family Law expanded rapidly, becoming the largest specialist family law firm in the UK before she sold it to Livingbridge private equity in 2017.

Mr Fowlie was chief executive of Slater & Gordon, first in Australia then in the UK, later becoming UK managing director before leaving in 2019 and becoming chairman of Stowe.

He said Stowe was “still a firm that is growing quickly” and there were “plenty of locations where we’re either not present or just starting out”.

The firm’s most recent expansion had been in the Midlands, but it was “still a relatively recent entrant” in the east and south-east of England.

In the past two years, Stowe has more than doubled the number of its offices to 47, increasing its headcount by 40% so it had now had over 100 lawyers and over 200 staff.

The firm’s future rate of growth would be determined by being able to “deliver outstanding service” to clients.

“It’s very important that every opportunity is carefully assessed. It’s hard to make predictions when cultural aspects are so important.”

Mr Fowlie described no-fault divorce, finally introduced in England and Wales earlier this month, as “a significant change and one that is welcome”; it would change the market, although “different ways of thinking” about how best to handle divorce and separation were already out there.

He said Stowe had in the past year introduced a fixed-fee service which went beyond “the act of divorce” to include work on financial remedies and would be expanded in the future to children matters.

Mr Fowlie added that Stowe was interested in providing clients with associated services, such as coaching or therapy, but at the moment these were provided in partnership with external companies rather than by employees.