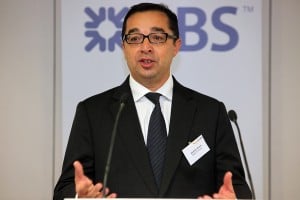 Grech: performance of the UK business has been improving

Slater & Gordon (S&G) has withdrawn its predictions for the current financial year, saying profit is likely to be hit as a result of “slower than expected” case settlements in the UK.

The news led to another 17% fall in its share price.

The problems are in the main S&G practice, along with the noise-induced hearing loss portfolio bought by the firm from Quindell, the part of the business which is now called Slater Gordon Solutions (SGS).

The main bulk of SGS, the firm told the Australian stock exchange today, is continuing to trade in line with expectations.

The listed law firm previously told investors that it expected its 2016 financial year – which ends on 30 June 2016 – to yield turnover of A$1.15bn (£554m), and EBITDAW (earnings before interest, tax, depreciation, amortisation and changes in work-in-progress) of A$205m.

In the stock exchange announcement, S&G group managing director Andrew Grech said the company had previously told the market that the performance of the UK operation during the first half of the financial year had not been in line with expectations.

“It is now clear to us that the slower rate of case resolutions in the first half has had a larger impact than previously thought, and that this may well flow through to a reduced profit for the full year.

“For this reason we have withdrawn our full-year guidance and we are conducting a review of our forecasting methods so that we can provide the market with greater clarity moving forward.”

Mr Grech added: “While the first half as a whole has been difficult, the performance of the UK business has been improving during the course of the last few months and is expected to contribute positively to cash flow in December and during the remainder of the financial year. The trajectory of the UK business provides confidence that we will trade through this period to be in a stronger position by the end of this financial year.”

Investors were assured that S&G’s financiers have been kept informed of its position “at all times”, and that the firm has “more than A$100m headroom within its banking facilities, and this headroom is expected to increase as the financial year progresses”.

S&G’s share price has declined 90% over the year, although it had at least recovered from its most recent precipitous fall, which followed the changes to personal injury claims announced in the Autumn Statement. The shares closed today at A$0.89.

Meanwhile, Redde plc – the AIM-listed accident management business that owns NewLaw Solicitors – said in a trading statement today that “the group’s strong start to the year that we referred to in our announcements in September and October has continued through into December with increasing trading volumes. The board is also pleased to note that the FMG group has traded well since acquisition with a good pipeline of new business opportunities.

“As a result of these factors, trading profits for the six months to 31 December 2015 are now likely to exceed our earlier expectations and will be materially ahead of the corresponding period last year.”

Chief executive Martin Ward said: “The outlook for the remainder of the financial year is positive and we continue to examine opportunities to augment our sustainable growth plan.”

At the time of writing, the shares were up over 5% to 179p, having made up the dip suffered following the Autumn Statement.