Moorhead: lawyers not as superior as they may think they are 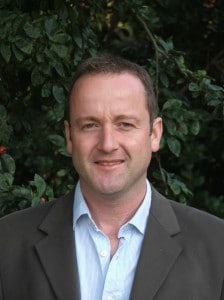 Lawyers’ belief that they provide better-quality services than non-lawyers or are more ethical than other businesses is “highly questionable”, a leading legal academic claimed last night.

Professor Richard Moorhead said that instead firms, regulators and educators need to raise their game if the legal profession is to maintain its professional and market position.

Giving his inaugural lecture in London last night, Prof Moorhead, the director of UCL’s Centre for Ethics and Law, highlighted research showing that non-lawyers often give better advice than lawyers, and that the idea of professionalism can breed a degree of complacency.

There was also empirical evidence that “corporations are as likely to be led down the ‘creative’ compliance path by lawyers as they are to instruct their lawyers towards it”.

But while the profession needs stronger, not weaker, protection of its ethics and quality, he suggested that effective, proportionate legal services regulation is being strangled by complexity, politics and a poor grasp of what actually works.

Resisting the urge to decry the idea of professionalism, he instead emphasised that developing the public interest in quality and ethics must be a “conscious and managed process”.

When regulators encountered cases in which elite firms had become embroiled in ethically questionable conduct, they needed to show their teeth. “Regulators need to send strong signals to miscreants. They must send a strong message that no organisation is too big to be regulated.”

Regulators themselves had to be quicker to learn about what works and what does not. He cited the fact that a scheme that has become the Quality Assurance Scheme for Advocates was deemed necessary as early as 2006 and asked: “How has the idea been improved in the eight years to now?”

Regulators also had to be flexible. “Some things they may need to regulate less or regulate differently. There is some evidence suggesting meta-regulation – independent regulators setting robust frameworks within which individual firms decide their own detailed approaches – can work effectively. Outcomes-focused and entity based regulation is a step in that direction.”

Having suggested that professional belief in its own quality and ethicality may be at risk, “or a little utopian”, and that the regulatory structure is looking a bit shaky, the market also has its problems, he continued.

Liberalisation on its own is not the answer, while “governments take evidence that lawyers are influenced by financial incentives as carte blanche to cut costs. Austerity adds an extra impetus to this”.

He continued: “The ‘more for less’ mantra when applied to the wafer thin margins of legal aid work is almost certainly going to substantially increase risks to quality. The same might be true of dramatic change in the personal injury market.”

But on legal aid, he argued that the professions’ mistake has been to treat their own judgment as the acid test of whether quality, and so the rule of law, is fatally breached.

“An alternative approach would be to evidence that judgment and do so institutionally. They have not done so. The professions knowledge about the competence of their own members is to put it kindly modest… There will now be no baseline against which one can say whether legal aid cuts have significantly worsened quality. It is, I believe, a massive failure of collective wisdom and – in some but not all quarters – of professional leadership.”

He called for “a significant cultural change” that involved not merely a “shift in tone from the top”, but a “concerted re-engineering of how we think about and manage legal services, legal education and legal regulation”.

On a positive note, there was some cause for optimism, Prof Moorhead said: “There are one or two green shoots of optimism. Some professional bodies are beginning to see the merit in research which looks at challenges rather than public relations. Firms are beginning to realise they lag behind accountants and others in terms of research and development. The Legal Education Foundation has the capacity to do enormous good and is showing significant interest in research.”

He observed that the practice of law was becoming more interdisciplinary: “Regulators, practitioners and academics all have to get more comfortable with the influence of other disciplines, particularly, I suspect, computer science and psychology”.

Meanwhile, academics had a role to play in “opening the eyes of future lawyers to the possibilities of innovation, the pitfalls of legal practice and the paths to professionalism”. It was important that “academics and practice… engage with each other to develop knowledge in the field”.