Moorhead: corporate lawyers’ approach to professional ethics could be a “serious problem” 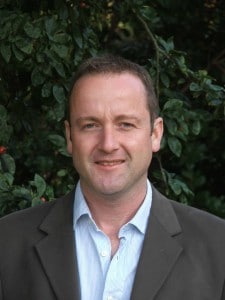 There is evidence to suggest that some of the largest law firms are making errors on the ethical approach of their corporate lawyers, while the solicitors’ code of conduct is “hopelessly silent” on the problems of commercial practice, according to a leading academic.

The conclusions were drawn by Professor Richard Moorhead, director of University College, London’s Centre for Ethics in a newly published paper, Corporate Lawyers: Values, Institutional Logics and Ethics, which he delivered this summer at the University of Birmingham.

He also issued a plea to firms to correct their “generally weak” ethical leadership and not rely on training in ethics that they assume their lawyers were given during the legal practice course.

Prof Moorhead said he set out to examine whether there were “underlying flaws in the institutional logics applied to or by corporate lawyers” in the context of the roles played by private practice and in-house lawyers implicated in recent corporate scandals – including those from major global law firms.

Academic research he was involved in included a study which interviewed 34 senior in-house lawyers and compliance staff in large corporates and similar organisations, another involving 21 interviews with practitioners in both private practice and in-house, and thirdly a large-scale survey looking at the values of lawyers and law students.

The second of these studies examined “professional minimalism” – the tendency of lawyers to view ethical concerns in a minimalistic way. Traits it found included lawyers distancing themselves from ethical problems, reluctant to discuss ethics, and equating unethical conduct with criminal illegality when defining the boundary of what was acceptable.

But, by contrast, when “commercially and psychologically convenient”, lawyers were passionate about the principle of pursuing the client’s best interests. He observed: “The lawyer tells the business, ‘You’ve not breached [the law], so as far I am aware it’s not unlawful’ and the CEO feels they can then go on the Today programme and say they have acted ‘entirely within the law’. Note the shift from negative to positive to exaggerated.”

Another dimension of minimalism, he said, was the role of ambiguity, which for his interviewees “was a shelter inhabited almost exclusively by the client’s best interests”.

He explained: “The active use of ambiguity sometimes gave our respondents, especially in-house lawyers, a sense of discomfort about bending too strongly to their clients’ imperatives.

“They comforted themselves with the view that they were their employer’s agent, the business decided what constitutes acceptable risk, and the business (not the lawyers) were ethically responsible for sharp practice or other problems.”

Prof Moorhead stressed that he was not saying that an “ethically minimalist” approach was the same as saying they were “behaving unethically”. However, “all lawyers, be they in-housers or private practitioners, were very clear in seeing ethical problems not principally through the lens of professional principles, but through the social and economic lenses of business.

“They were conscious of business and of law, but they were not much conscious of ethics as defined by their own profession’s principles.”

He concluded that a “broad raft of evidence” suggested “there is potentially a serious problem”, although he accepted that ethics was one “logic” among several, which also included “efficiency, creativity and innovation”, and that bad ethical decisions might be improved with better training, regulation, and management.

Further, the SRA Code of Conduct was “hopelessly silent on the problems of commercial practice” and work was needed to change a false perception that the code’s principles are “either irrelevant or unchallenging”.

Prof Moorhead ended the paper with a quote from “an associate in a leading law firm”, which he said was an example of a minimalistic approach to ethics that needed to change: The lawyer said: “I don’t think I’ve ever come across any support or encouragement on [the ethics] front… it’s assumed that you’ve… gone through your ethics training… and you are meant to know it all.

“Nothing has ever, really ever, been said to me… from the partners or in terms of training that in any way encourages it or supports it.”