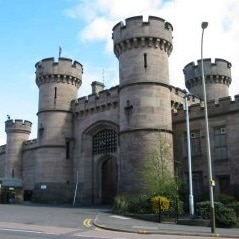 The breach of trust by a solicitor jailed for stealing nearly £100,000 from clients who were his friends has been described as “monumental” by the Solicitors Regulation Authority (SRA).

David Grant, currently in Leicester prison, accepted that his convictions for theft and two money laundering offences meant he should be struck off. He was jailed last December for two years.

Mr Grant, born in 1949 and admitted in 1974, was an equity partner at Tracey Barlow Furniss & Co in Worksop before, in May 2014, becoming sole partner and manager.

The law firm closed in August 2014 and the following year the solicitor entered into an individual voluntary arrangement.

According to an agreement with the SRA approved by the Solicitors Disciplinary Tribunal, Mr Grant acted for two clients he had known for 20 years in the £2m sale of their company. After making various payments from this, he used the remaining balance of £95,740 for his own purposes.

The SRA said, due to their “longstanding friendship”, Mr Grant persuaded his clients “to mislead an SRA investigator by telling her that that they had agreed to loan monies to him, when in fact that was not true”

However, after the solicitor failed to return their money, the clients told the SRA the truth.

The SRA said Mr Grant’s motivation for stealing the money was “to help alleviate his financial difficulties”.

“He had known his clients for many years and they regarded him as a friend. His breach of trust was monumental.”

Mr Grant acted for a client, ‘MC’, in 2013, who had been charged with fraud and money laundering. MC had made a fraudulent application to be deputy of his grandmother’s estate.

On the day MC was granted deputyship, he received £36,000 from his grandmother’s bank account into his own bank account.

Following his arrest for conspiracy to launder money, MC, who was represented by Mr Grant, transferred £45,000 into Mr Grant’s personal bank account.

“The respondent subsequently transferred the money to his firm’s client account and used it to settle various personal and professional costs associated with running his firm.”

The SRA said that of the £45,000 transferred to Mr Grant, £6,000 derived from MC’s deputyship fraud. The day after MC was arrested, the solicitor drew up an agreement enabling MC to buy shares in his law firm.

By doing so, Mr Grant entered into a money laundering arrangement with MC for the retention of criminal property, in breach of section 328(1) of the Proceeds of Crime Act 2002.

In the autumn of 2013 Mr Grant drafted a legal charge for two clients over a house they owned, to enable them to secure a loan of £50,000. Instead of transferring the money to his clients, Mr Grant transferred it to MC.

By doing so, he failed to apply customer due diligence, in breach of the Money Laundering Regulations 2007.

In the sentencing remarks, the judge said: “It is… plain to me having listened to the evidence in this case that you struggled to run your office as you should have done as a sole practitioner and you showed a disregard for the money laundering regulations and the way you conducted your practice.

“You had several trusted and wealthy clients and you developed friendships with those clients. That friendship led to an informal approach on your part to your business dealings with them and ultimately to dishonesty on your part.”

Mr Grant admitted also failing to report to the SRA that the firm was in serious financial difficulties.

It had arrears with HM Revenue & Customs of over £20,000 and loans of over £380,000 with the Bank of Scotland. As a result of non-payment, the bank issued a statutory demand and appointed receivers. The receivers served notice on the law firm in March 2014 that it would close the firm’s office account in May.

Mr Grant also admitted that after the firm’s other partner left in April 2014 that he failed to apply to the SRA to become a recognised sole practitioner.

The solicitor further admitted that after the firm closed, there were “a number of residual client balances”. The SRA’s investigation officer identified £24,400 in improper withdrawals from the client to the office accounts, in respect of 117 matters where bills had been raised but not sent to clients.

The SRA interviewed the firm’s bookkeepers in 2015. They “stated that they felt under pressure from the respondent and the SRA to achieve a nil balance on client account on closure of the firm and had billed each remaining client file to reduce the balance to nil based on the client account ledgers”. No bills were sent to clients.

Striking him off the roll, the tribunal said Mr Grant’s admissions “indicated a degree of insight”. He was ordered to pay costs of £14,000.