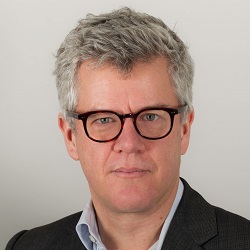 Maugham: We want to develop deep pools of expertise

The firm will be an alternative business structure regulated by the Solicitors Regulation Authority and funded by GLP, although it would hope to defray this by recovering costs in successful litigation. Any profits will be returned to GLP.

GLP director Jo Maugham QC told Legal Futures that “money will never be a bar” to the law firm acting for a client – currently, whenever the project works with an organisation or individual on cases, it indemnifies them against all legal costs. GLP’s most recent accounts, for the year to 31 January 2021, put its income at £2.9m.

He said there were various reasons behind setting up the firm. It would take on trainee solicitors and Mr Maugham described himself as “very committed to training a generation of lawyers who want to work for the public good”.

Further, he said GLP was “quite a demanding client in the sense that we have to be very responsive to the news cycle and it’s easier for us to tell the lawyers to drop everything and concentrate on this if we are its only or one of its only clients”.

Finally, “we want to develop deep pools of expertise on subjects that are of interest to us but there’s no money in them” – meaning there was no such expertise at the moment.

Having the law firm would also mean GLP could offer a solution to those it could not help directly, because their case did not fit with its areas of focus or because it would not have standing before a court.

“It shouldn’t be left to members of the public dipping their hands into their pockets to ensure access to justice,” Mr Maugham said. “It is the poor, dispossessed and the discriminated against who have a real access to justice problem – we can’t solve all of it, but we can a bit.”

GLP will continue to work with external law firms in areas where it will not be operating – such as healthcare, inquests and education – but it will take some ‘pure’ public law cases in-house.

Good Law Practice will start with four qualified lawyers, plus paralegals and support staff, but expects to double in size by the end of the year.

The firm has launched a recruitment exercise, with a focus on lawyers and paralegals working in housing, civil rights and protest law. Its stated aims include training “those who believe the law exists to serve society rather than the wealthy”.

Though GLP operates on the basis that no member of staff is paid more than a backbench MP (£84,144), Mr Maugham would not make the same commitment for the law firm. But he made clear that nobody would be joining it for a pay rise.

Mr Maugham said he hoped that funders that wanted to support legal remedies for particularly disadvantaged communities would consider funding a solicitor at firm.

As well as litigation, the law firm will build specialist advisory capacity “to help communities build the ownership models – housing, businesses, land – that work for them”.

Mr Maugham said the cost of legal advice – and a shortage of market expertise – “should no longer be a barrier to creating models that sit outside capitalism”.

Describing Good Law Practice as “a law firm for the public good”, he continued: “We want to foster legal structures that help people respond to the world around them.

“The engagement that follows is, we believe, how we make a better world and fulfil the desire we all share to leave a better world than we found. Delivering on this is my mission.

“The practice will help us become even more responsive to the needs of the communities that we serve, in a world, and a political system that is growing ever more dynamic. And to train lawyers that share our mission.”

Mr Potter added: “This is an exciting opportunity to build a law firm that can support and facilitate the exceptional work being done by Good Law Project to scrutinise public decision-making through the law, and to empower under-represented groups to participate in a legal system that can often feel impenetrable to the uninitiated.

“We want Good Law Practice to be a training ground for the public law and social welfare lawyers of the future. Such expertise is invaluable as trust in our political system is eroded, wealth is distributed increasingly unequally and legal aid is constantly narrowed.”