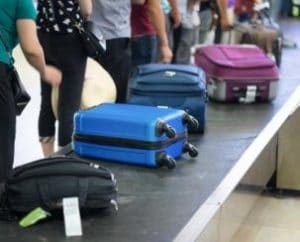 The Ministry of Justice (MoJ) has warned solicitors and claims management companies that it is prepared to take action if they move on from gastric illness (GI) to target other types of package holiday injury claims.

The MoJ yesterday finally published details on the call for evidence it made last year on extending the fixed costs regime for public liability (PL) claims to holiday sickness cases – even though the change was actually made in May.

The document noted that defendant interests among the 43 responses to the call for evidence pushed for the fixed costs to be set at the lower level of road traffic accident fixed costs.

It also stressed that, despite lobbying from defendants, it had shifted its initial position and decided that “the case was not made out” to extend fixed costs to non-GI personal injury (PI) claims arising from package travel at this stage.

“In particular: there is no evidence of a serious problem with other package PI PL claims; different circumstances pertain in different types of claim, not least the application of the Athens Convention (for cruise claims) and the Montreal Convention (for aviation claims), which potentially give rise to unforeseen consequences in applying a new pre-action protocol.

“As the Association of Personal Injury Lawyers put it, an extension to include all types of package holiday PI claims represented a ‘cure that goes much further than the identified malaise’.”

But the MoJ urged defendant tour operators to continue taking “a robust stance in bringing fraudulent claims to justice”, in part to keep detailed data so that the scope of the protocol can be reconsidered “if there is an unfounded increase in other areas”.

It added: “We stand ready to consider the case for extension, should a clear case be made out.”

The MoJ also said there would be an opportunity to reconsider the level of fixed costs in any consultation on Sir Rupert Jackson’s recommendations to extend them more widely.

“The government is considering the way forward on his report,” it said.

In a covering letter to stakeholders, Mr Gauke said that regulatory action was “also vital” in dealing with fraudulent claims, “and we are pleased at the progress that the Claims Management Regulator and the Solicitors Regulation Authority have made to investigate potential misconduct”.