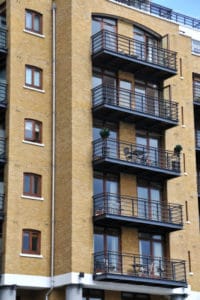 The Ministry of Justice (MoJ) has revived the idea of price competitive tendering (PCT) for legal aid contracts – this time for court-based duty solicitor advice on housing.

The proposals would cut the number of housing duty solicitor schemes by more than half, from 117 in 2015-6 to 48. These would be covered by “fewer, larger contracts”, creating economies of scale.

Describing the current regime as “unsustainable”, the MoJ said many schemes had “only small volumes of work and these are unlikely to be commercially viable for providers”.

In a consultation paper published last week, the MoJ said “a number of providers” had pulled out of contracts, and 13 schemes had needed to be “retendered in some way”.

This resulted in an “administrative burden” for providers and the Legal Aid Agency (LAA), and ultimately higher cost to the taxpayer.

“Previous tenders for these services have been competitive in nature but only based on the ability of providers to demonstrate how they best meet certain quality criteria. This can lead to high levels of costly litigation, as has been shown in previous tenders.”

However, the MoJ said the introduction of the new civil legal aid contracts in April 2018 provided an opportunity to consolidate the housing duty solicitor scheme into “fewer, larger contracts serving a wider geographic area which would be more sustainable for providers”.

“A new competitive tender model based on price and quality with a consolidated number of larger schemes should provide a better service for those needing advice and increased sustainability for those delivering the services.

“The inclusion of price in a tender process introduces an objective element for the award of contracts.”

The MoJ argued that larger schemes covering larger groups of courts would also be in keeping with the government’s court reform programme, and some of the smaller schemes “would no longer exist” as courts closed.

“We believe that an approach that includes an element of price will allow providers to bid to deliver services in a way that better reflects the costs in their local area, with economies of scale from an increased potential client base.

“It will also provide an entirely objective means of helping to fairly distinguish between providers in what we anticipate will be an extremely high-quality field of potential providers.”

The MoJ added that “for the avoidance of doubt”, the housing duty solicitor scheme was “the only area of civil legal aid” which would be subject to “this form of competitive tender”.

Plans to introduce PCT for criminal legal aid work in April 2013 were abandoned by then justice secretary Chris Grayling following fierce opposition from criminal lawyers and the Law Society.

Robert Bourns, president of the society, warned that a “price war” over duty solicitor housing schemes would not improve services or help clients.

“We see considerable problems in price-competitive tendering – the cheapest offering will not necessarily be the best. This could result in a race to the bottom which may impact on professional standards.

“The LAA needs to set out what steps it will take to mitigate this risk. It should also keep in mind that cuts in payment only compound years of cuts for the solicitors that look after the interests of our most vulnerable citizens.

“It may mean that contracts which are already at best only marginally economically viable for firms become unsustainable.”