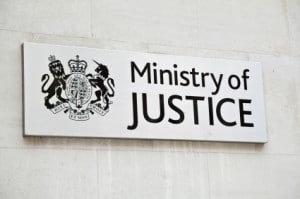 The Ministry of Justice (MoJ) spent over £200m on consultants and temporary staff in the last financial year – a rise of almost £40m on the year before, it has emerged. The total for 2012-13 was only £127m.

For non-department public bodies, such as the Judicial Appointments Commission, spending fell slightly from £21.8m to £20.4m.

The figures, contained in the MoJ’s latest annual report, follow a demand by the Chancellor, George Osborne, that the ministry find an extra £249m of “savings” [2] this year as part of government measures to reduce public debt.

According to the annual report, the increased spending on consultants and temps was a result of “increased activity in the department’s transforming justice programmes” in 2014/15.

A spokesman for the Ministry of Justice said: “We only use temporary staff to fill business-critical posts and essential frontline services where they can provide a fast, flexible and efficient way to obtain necessary skills that are not currently available in-house.

“We will continue to examine our use of consultants and agency staff to find savings where possible.”

Meanwhile the average number of working days lost to sickness by staff across the MoJ rose from 9.8 to 10.2 in the last financial year.

A freedom of information request by newspaper City AM revealed that the Ministry of Justice had topped the table of government departments for sickness absence in the year 2013/14 – ahead of the Ministry of Transport and Ministry of Defence.

However, a spokeswoman for the MoJ said the figures were not comparable because the MoJ data included prison staff, while the numbers for other departments did not include soldiers, police officers or nurses.

The annual report also revealed that, for the third successive year, the MoJ had come fourth out of the five top-spending government departments in the Engagement Index, which measures “the extent to which employees contribute through their effort and enthusiasm to the success and performance” of their organisation.

“A closer examination of the organisations that make up MoJ showed changes in their index which reflected where they are on their transformation journeys and where staff are on the change curve in their feelings about those journeys, with improvements in all organisations except for Her Majesty’s Prison Service.”