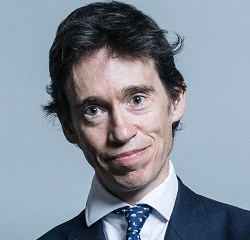 It will not be until 2024 or even 2025 that MPs and others will discover whether insurers have passed on the huge savings the Civil Liability Bill is likely to generate.

A government amendment – laid yesterday by justice minister Rory Stewart – means that a report to Parliament will only have to be made at some point between 1 April 2024 and 31 March 2025.

The government intends that the bill and associated increase in the small claims limit for personal injury (PI) will come into force in April 2020.

It is likely to argue that some time will need to pass before the full impact of the legislation has been felt.

It aims to neutralise critics who say policy holders will not see lower premiums despite the savings from both the whiplash reforms and a higher discount rate.

The amendment provides that regulations to be made by the Treasury “may” require insurers to provide information to the Financial Conduct Authority (FCA) about the effect of the legislation on their policy holders.

It goes into detail about what the regulations may require, in particular that insurers must report both what they have paid out each year as a result of PI claims, and what they would have had to pay had the legislation not been in force.

They would also detail any other benefits that the savings have been used to provide.

The amendment indicates that this information should be confirmed by an auditor and then provided to the FCA.

The Treasury, with the help of the FCA, would have to report this information to Parliament at some point in the 12 months after 1 April 2024, and give a view on whether and how policy holders have “benefited from any reductions in costs for insurers”.

A note published today by the Ministry of Justice gave more detail on the amendment, and said insurers would be expected to send to the FCA a completed return with all the required information, relating to the each of the preceding three years, “without delay” after 1 April 2023 and no later than 1 April 2024.

Another previously trailed government amendment would require the Lord Chancellor to consult the Lord Chief Justice before setting the compensation tariff introduced by the bill.

Labour has laid an amendment to do away with the tariff and retain the existing system where judges decide compensation levels with reference to Judicial College Guidelines.

Another amendment looks to regulate increases in the PI small claims limit, saying that it could not be increased to £1,500 until the Lord Chancellor was satisfied that the value of £1,000 in 1999 has reached that level when adjusted for inflation, calculated using the consumer prices index.

Any subsequent increases – limited to £500 each time – would have to meet the same inflation test.

The bill is now in its committee stage and interested parties have been invited to make submissions. Time is tight though, with the first hearing next week. See here for details.