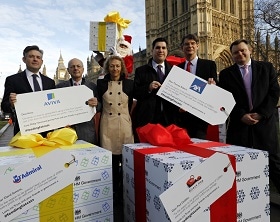 The Ministry of Justice (MoJ) confirmed yesterday that it will report on the outcome of its consultation on personal injury (PI) reform in early April, as a campaign backed by the Labour Party has highlighted the £200m that insurance companies stand to gain from the changes.

Justice minister Sir Oliver Heald said that with the consultation closing on 6 January, “the government is due to publish its response by Friday 7 April 2017”.

This appears to scupper hopes that the six-week consultation period might be extended. It also indicates that the MoJ is keen to include the required legislation in the Queen’s Speech, which is usually in May.

It is also in stark contrast to how quickly it publishes the outcome of most consultations, which in recent times has often been a year or more.

Answering a written question from shadow justice minister Christina Rees, Sir Oliver also batted away her request for an explanation of why the MoJ announcement of the reforms said motorists “could” see a £40 cut in their premiums, rather than “will”.

He said: “Both the press release and the consultation paper explain that insurers are expected to pass on around £1bn per annum to their motor policy holders through reduced premiums. This is estimated to mean an average saving of approximately £40 per motor insurance policy.”

This morning the #feedingfatcats campaign held an event on College Green, by the Houses of Parliament, that saw what it described as “the government’s proposed gift to major insurers of at least £200m a year – robbed from the NHS, HMRC and injured people – symbolically handed over to Father Christmas for delivery”.

This refers to the admission in the MoJ impact assessment that it expected insurers only to pass on 85% of the savings that the reforms would generate, leaving £200m for themselves. The assessment also highlighted the cost to the NHS and the loss of tax revenue.

There were also Christmas carol singers confusing passers-by with a different take on the traditional songs (see end of story).

Ms Rees said: “It’s an outrage that the government openly concedes their proposed changes will starve the NHS and the Treasury of millions of pounds while gifting insurers at least £200m in extra profit each year.

“They’re trying to mislead people when they say that this is only about whiplash. In fact, the government’s real agenda is increasing the small claims limit so that all injured victims – including those hurt at work and elsewhere – lose their right to free, independent legal representation.”

Shadow justice secretary Richard Burgon added: “The government has offered no justification for including work accidents in what is being billed as a reform of whiplash. The proposed changes are in fact about the insurance industry seizing control of the legal process and undermining the longstanding legal principle that the guilty party pays.

“These changes would be a licence for insurance companies to under-settle or not pay out at all to nearly a million injured people a year.”

Tom Jones, head of policy at Thompsons, said: “In its ‘back of a fag packet’ impact assessment, the government hugely understates the financial burden of its proposed changes on the NHS and UK taxpayers: its latest insurance premium tax rise alone will add an additional £15m to the taxpayers’ burden.

“Despite taking on board his previous reforms without question, the government has chosen to ignore the advice of Lord Justice Jackson who referred to an ‘asymmetric relationship’ between the injured and insurers, and said that there was no justification for increasing the small claims limit until inflation naturally took it to £1,500 – which it has yet to do.”

Extracts from two carols that were sung at the campaign launch:

To the tune of Deck The Halls

To the tune of We Wish You a Merry Christmas