MoJ loses appeal against decision to award barrister forced to retire from bench £37,000 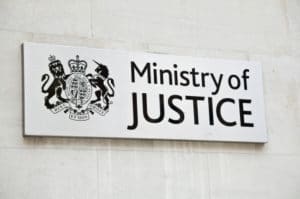 The Employment Appeal Tribunal has upheld the award of damages to a barrister whose application to continuing sitting as a part-time recorder beyond the statutory retirement age of 70 was refused, while a circuit judge’s was not.

The Ministry of Justice (MoJ) was ordered to pay Simon Blackford nearly £37,000 after the original employment tribunal decided that he had been treated less favourably because he worked part-time.

This was a breach of the Part-time Workers (Prevention of Less Favourable Treatment) Regulations 2000. The damages represented estimated lost earnings for a further two years on the bench.

The full-time comparator was retiring circuit judge His Honour Judge Wilkinson, who was allowed to stay on beyond retirement as a deputy circuit judge.

The MoJ made multiple attacks on the tribunal’s ruling, but Lady Wise in the appeal tribunal said it was a “difficult case” in which the tribunal addressed liability “as comprehensively as possible”.

One difference between the claimant and HHJ Wilkinson was that the latter held a serious sex offences (SSO) ticket and so was available to hear cases of that type.

She added: “The substance of the decision that the respondent required to make was whether there was a sufficient business need for fee-paid judiciary.

“There was ample evidence on which the tribunal was entitled to conclude that there was a need for fee-paid judiciary in the relevant region with experience of criminal case work.

“Notwithstanding that business need, the respondent treated the claimant’s application to sit on less favourably than that of his full-time comparator without objective justification.”

The judge said many of the points taken at appeal “appear to relate more to disappointment” that the MoJ’s arguments had not found favour with the tribunal “than being illustrative of any substantive legal dispute”.

She concluded: “The case for both sides was fully aired and examined and neither the tribunal’s approach nor its conclusions are illustrative of error or unfairness.”

Lady Wise similarly dismissed the appeal against the remedy, which was based on Mr Blackford’s recent sitting history, which had increased over the years. She said there was also sufficient evidence to justify the conclusion that the availability of fee-paid sitting days had not reduced.

The tribunal estimated that he would have sat for 98 days in 2016, been extended as a recorder for a further year and then sat for a further 80 days.