MoJ insists it has “appetite” for legal regulation review 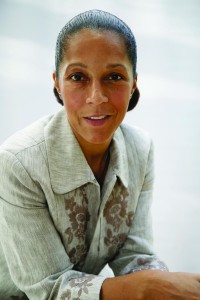 The Ministry of Justice (MoJ) has dismissed suggestions that it is not committed to its review of legal regulation.

However, it is not putting a timetable on how quickly it will decide the next steps after reviewing the submissions received.

There were reports that the call for evidence, which closed last week, was actually open-ended, indicating a lack of interest in the process, but the MoJ has moved to counter this.

There was a submission deadline, but it is not unusual for government departments to give certain stakeholders a short extension if requested.

In a statement, justice minister Helen Grant said: “There is absolutely no doubt over the government’s appetite for this review. We have made clear we want to reduce the burdens on the legal sector, while ensuring appropriate oversight continues, and this call for evidence is an important first stage of that work.

“We have accepted requests from some parties to respond slightly outside the initial deadline, so that they can finalise their comments. We will consider our next steps once we have received those responses.”

However, a spokesman was unable to provide a date by which a decision on the way forward will be announced.

It is currently unclear whether the government’s appetite stretches to radical reform, whether it be moving to a single regulator – as proposed by the Legal Services Board and Legal Services Consumer Panel – or rolling back the Legal Services Act 2007 and returning a large proportion of regulation back to bodies such as the Law Society, as Chancery Lane has called for.

Even more modest changes to make the Act work better – where there is greater consensus – would require primary legislation and it is not known whether that is realistic.

Speaking at yesterday’s meeting of the Solicitors Regulation Authority’s board, member Sara Nathan said the MoJ needed to indicate the likelihood of longer-term change so that the authority did not waste time on projects that would prove unnecessary.

Executive director Richard Collins said the latest information he had was that the MoJ had received around 50 submissions to the review.