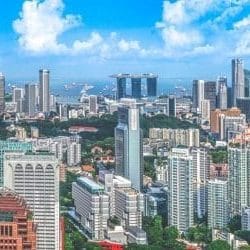 The Ministry of Justice (MoJ) has launched a second consultation [1] on whether the UK should join the Singapore Convention, which provides a framework for international recognition and enforcement of commercial mediation agreements.

The MoJ said 55 countries had already signed the convention, including the USA, China and India, and by joining them the UK could provide reassurance that a mediated agreement would the same protection as an arbitration award under the New York Convention.

The consultation said: “The UK is already regarded as an international seat for arbitration and the government is keen to understand whether that reputation, as well our reputation as a preferred seat for other forms of international dispute resolution, would be further strengthened by making it the same for mediation.”

It said responses to a previous “limited and informal” consultation in the autumn of 2019 were “broadly favourable”, indicating that joining the convention would “raise the profile of mediation internationally and maintain the UK as an attractive dispute resolution hub”.

The MoJ said it might present opportunities to establish new relationships in the Indo-Pacific, Middle East and Africa, as well as strengthening existing relationships with parties to the convention, many of whom are members of the Hague Conference on Private International Law.

The full name for the Singapore Convention, a private international law agreement, is the United Nations Convention on International Settlement Agreements Resulting from Mediation.

The MoJ said the treaty would come into force six months after ratification, and this would need legislation. Only nine countries have actually ratified the convention so far, including Belarus, Honduras and Fiji, but not China, the USA or India.

Under the convention, contracting states are obliged to enforce the agreement “irrespective of where it emanates from”.

The consultation said: “This means it will be possible for a settlement agreement to be signed in the UK and then enforced under the convention in another jurisdiction, if that state is a party, even if the UK decides not to ratify the convention.”

Officials said those who backed the idea of signing the convention in 2019 argued it would “provide reassurance that a mediated outcome will have the same protection that international arbitral awards have, under the New York Convention 1958 on arbitration, namely that they will be readily enforceable in different jurisdictions”.

It could also “reduce frustration amongst mediators, who conduct numerous successful cross-border mediations without enforcement issues arising, but nonetheless face the reality that parties are reluctant to mediate due to worries over enforcement across different jurisdictions”.

However, there was no “universal consensus among practitioners” that concerns about the ability to enforce mediated settlement agreements was “holding the dispute resolution sector back significantly”.

Some thought the convention would only be called upon in a limited number of cases” because mediation outcomes were achieved voluntarily and after difficult negotiations, making parties more likely to comply.

The consultation added that, if the government decided that the UK should sign and ratify the Singapore Convention, it would be implemented under the terms of the Private International Law (Implementation of Agreements) Act 2020, through secondary legislation.