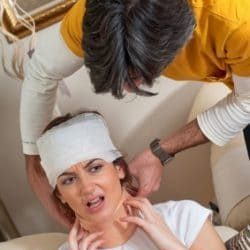 The Ministry of Justice (MoJ) has published a simplified guide to using the Official Injury Claim (OIC) portal in the wake of a low take-up by litigants in person (LiPs).

The 64-page users guide published last April was widely criticised for not being at all user friendly, condemned by one commentator as “legal treacle” and another as “hopelessly complicated”.

The first six months of data from the OIC, which went live on 31 May 2021, showed that fewer than 10% of users were LiPs.

The object of the OIC was to encourage injured people to bring minor motor claims without the need for lawyers. The MoJ never publicly said what proportion of users it expected to go it alone, but Legal Futures has been told it privately hope for at least 30%.

We revealed last month that the Motor Insurers’ Bureau, which operates the portal on behalf of the MoJ, was commissioning research to understand why more LiPs were not using it.

The new MoJ guide is just 14 pages long and is in clearer English that the MIB guide. It sets out five steps to bring a claim, but it refers readers to the longer guide in places.

Also, rather than simply list the tariff figures in the guide, it links through to the statutory instrument.

The Achilles’ heel of the new guide appears to be same as the old one – the advice to LiPs on valuing their injuries.

The new guide says: “For additional help in valuing a claim, relevant helpful extracts from the ‘Judicial College Guidelines for the Assessment of General Damages in Personal Injury Cases’ have been included in the appendix of the OIC ‘Guide to making a claim’.

“This is a book used by lawyers and judges to help assess the value of a claim which has suggested compensation levels for a range of injuries.

“The amounts included in this publication are only guidelines and the full circumstances of the accident should be considered when assessing the value of your injuries.”

The longer guide provides extracts from the guidelines and notes that some of the brackets are “quite wide”. For example, the range for minor eye injuries is £3,710 to £8,200.

One of the striking figures from the OIC data so far is that while 40% of LiPs have requested the damages uplift of up to 20% that is available where either injuries or circumstances are exceptional, only 24% of represented claimants have.

The new guide says: “You should explain why you think your injury or the circumstances around your injury are exceptional to your medical expert, who will comment on the issue.

“The at-fault insurer and/or court may or may not agree your injury/injuries qualify as exceptional and this might require additional conversations.”

He described the low number of LiPs to date as “a poor return on what was meant to be an improvement on the pre-reforms claims journey, so any attempt to give consumers better information is good news”.

He added: “It would be useful to know whether the MoJ has tested the new guide with consumers and gathered their feedback on ease of use. Were stakeholder groups with a consumer focus asked for their input?

“Notwithstanding the new guide, public awareness of the reforms is still very low so we urge the MoJ to devote resources to a public education programme as a first step. Most people are clueless about these significant changes in their rights of access to justice.”

He described as “odd” the decision to force users to refer separately to the Judicial College Guidelines and the tariff table in the statutory instrument.

“It would be helpful to understand why it has not been possible to add the tables to the guide.”