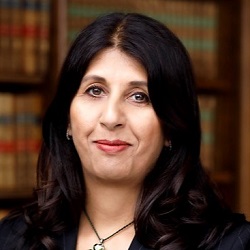 The Ministry of Justice’s (MoJ) “future ambition” is to extend compulsory mediation from small claims to all county court users.

As a result, it has begun considering whether to increase government involvement in overseeing the mediation sector.

The MoJ has also warned of tough sanctions for those who try and avoid small claims mediation, such as having to pay the other side’s costs or having your case struck out.

Following the headline announcement of the small claims plan yesterday, the MoJ published its consultation on the proposal, saying the uptake of mediation has remained limited “particularly for small claims”, which make up 61% of county court cases.

Both parties agree to attend a mediation session with the Small Claims Mediation Services (SCMS) in only 21% of cases.

To cope with its increased caseload, the MoJ said it would be “significantly expanding and improving” SCMS to ensure an adequate supply of mediators, as well as introducing a “simpler, more digitised” process.

The consultation said “our future ambition is to extend the requirement to mediate to all county court users” but as this would involve referring parties to external mediators, it relied on “the readiness and quality” of the civil mediation market.

“All the information we have points to this currently being a thriving market, delivering high-quality dispute resolution services.

“However, we are looking at ways we can ensure that the market is supported and strengthened, in line with its increasingly central role in resolving legal disputes.”

There was no single set of requirements that apply across civil mediation providers – unlike in family law – and the MoJ said respondents to last year’s call for evidence on dispute resolution did not identify any serious market failure within the civil mediation sector.

However, many supported the increased formalisation of – and government involvement in – standards for mediators, including simplifying the current accreditation arrangements.

“We are now considering whether we should increase government involvement in oversight of the sector.

“We want to ensure that the approach that we take is proportionate to any risk and appropriate to the sector’s needs, boosting public confidence and guaranteeing high-quality services without over-burdening providers.

“This consultation is the first step in looking at how we can achieve this balance.”

The MoJ said it had also to ensure that mediators who already have to adhere to regulatory standards in other aspects of their professional lives – including lawyers – were “not over-regulated, while also ensuring that the additional skills and qualities needed for mediation are properly supported and assessed”.

One way of achieving this was to create a “national standard for mediation”, a publicly available document setting out “a set of requirements that mediators could choose voluntarily to adhere to” to demonstrate quality.

Under the MoJ’s new procedure, all defended small claims will be stayed automatically for 28 days and referred to the SCMS for a free appointment with a court-trained mediator on a compulsory basis.

The MoJ said it was considering whether particular types of small claim should be exempt as well as allowing parties to request an individual exemption.

“Parties will not be able to choose to opt out of the process simply because they wish to.”

Where a party was assessed to have been non-compliant, the judge could order a further stay and “choose a suitable consequence” for the refusal.

The MoJ said sanctions could include making an adverse costs order or striking out a party’s claim or defence.

In an impact assessment, the MoJ estimated that compulsory small claims mediation would cost it £2.8m every year, and HMCTS could lose a similar amount in court fees.

“We welcome greater access to low-cost mediation, which will be a suitable method of resolution in many cases.

“However, if parties are not interested in entering into mediation in good faith, it could waste time as well as money, and there is a further risk that mediation may entrench imbalances of power between parties.”

Matthew Maxwell Scott, executive director of the Association of Consumer Support Organisations, commented: “The opportunity to go to court should not be closed off altogether, but if mediation and other forms of dispute resolution are handled by properly qualified professionals, we should see consumers discover that they can get the outcomes they want, but much faster.

“To stimulate this, the government needs to do what it demonstrably failed to do when it launched its whiplash reforms, and bring the public with them by clearly setting out the benefits of what it proposes.”