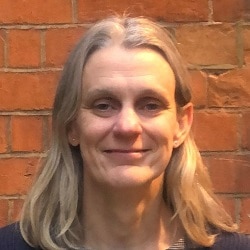 This is set to be a “big year” for legal aid, a senior Ministry of Justice (MoJ) official has predicted, amid warnings of the heavy strain alternative advice sources are under.

University law clinics were reported to have become creative in how they deliver extra services as part of this.

Speaking at an online Westminster Legal Policy Forum on the future of legal aid, Jelena Lentzos, deputy director for legal aid policy at the MoJ, said 2021 would be a “big year for legal aid”.

She pointed to the consultation on the legal aid means test, due to be launched this spring, and the outcome of Sir Christopher Bellamy’s criminal legal aid review later this year.

Ms Lentzos added that the MoJ would “ramp up the focus” on the sustainability of civil legal aid, looking at the “pipeline of providers” and their economic viability.

Clare Carter, interim chief executive at the Access to Justice Foundation, said the pandemic had created “unprecedented demand” for advice and she knew one charity that was turning away 15 calls for every call answered.

Ms Carter said the advice sector was “underfunded before the pandemic” and would need “significant new funding” from the government to cope with demand.

Dr Ola Olusanya, director of teaching and learning at Aberystwyth University’s department of law and criminology, said universities were having to make “creative use” of research and teaching grants to try and “fill the gap” left in legal aid provision.

Dr Olusanya said the university’s law clinic only “got by” because former students with “very successful” legal careers wanted to “give back” to the community through pro bono work.

He said that in an “isolated community” like Aberystwyth, which was 40 miles away from the nearest legal aid provider, the university saw it as an “obligation” for law students to help local people.

Dr Olusanya said help from former students had enabled it to create a family law clinic, which had helped people in England as well as Wales, Asia and South-East Asia.

He said that until there was a “shift in mentality” from the government, the sector would always be reliant on short-term funding.

Annie Campbell Viswanathan, director of Bail for Immigration Detainees and former director of North Kensington Law Centre, pointed out that some advice services were dependent on volunteers, who were “time consuming and costly” to supervise.

She said that if young people were volunteering because “it was their only way to get a job”, the situation could become “exploitative”.

Ms Viswanathan said the Westminster University law clinic she worked with had “started to get cases that are way too complex for it to deal with” and the clinic could tell people what to do but not provide them with representation.

“The reality is that there is a limit on what university law clinics can offer. There is a part for them to play, but they are not a solution.”

She said one of the barriers to young people working in social welfare law was the “appalling pay”, with solicitors qualified for three or four years earning £25,000.

“You can’t get away from the horrible truth that all this takes money.”

Beverley Sayers, a mediator and director of the Family Mediation Council, said the only way law firms could offer legally aided mediation was by subsidising it with their other work.

Ms Sayers said that legal aid rates for mediation providers had not increased since the Nineties and “I would say that they have decreased”.

She added that an MoJ pilot to test whether there should be free family mediation information meetings for all had been postponed because of the pandemic.