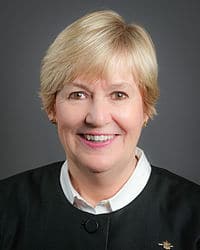 The pioneering digital tribunal thought to be the model for England and Wales’s online court (OC) will begin resolving small claims disputes worth under about £3,000 on 1 June, it has emerged.

The CRT claims to be “the first online tribunal in the world that is integrated into the public justice system”.

It offers free self-help information pathways and tools that can be used to help people better understand the issues and explore early resolution options.

Those who cannot resolve their dispute on their own can apply to the CRT for help – creating a resolution with the others involved or getting a binding, expert decision from a tribunal member.

Initially the cap on the value of mandatory small claims will be set at C$5,000 (£2,980) and eventually this will rise to C$25,000. Claims covered include contracts, debts, personal injury, personal property, and consumer issues.

At the same time, the British Columbia provincial court – the first level of trial court, which hears criminal, criminal youth, family, child protection, small claims, and traffic cases – will have the cap on its jurisdiction for small claims cases raised from C$25,000 to C$35,000.

Cases of C$5,000 or less may still be referred to the provincial court on occasion, including where one of the parties files a notice of objection to a CRT decision, or where a party asks to have the CRT order enforced in the higher court.

Since July 2016 more than 280 people have applied to the CRT for dispute resolution. The CRT’s online information and self-help system, Solution Explorer has been used more than 5,000 times to access guidance on strata disputes.

The tribunal, whose adjudications are equivalent to court orders, can be accessed via smartphones, laptops and tablets 24/7, with telephone and mail services for those without internet access.

Shannon Salter, the CRT’s chair, told Legal Futures that the CRT had recently completed public consultations on the small claims rules, the Solution Explorer for small claims, and some technology improvements.

She said: “The public feedback has been very positive, and we are incorporating changes where necessary. There has been a strong take up of online services, with only two participants in 280 cases requesting not to use email. We have accommodated those requests.”

She explained that claims under C$5,000 represented about 40% of the total small claims filed in British Columbia last year, adding: “Between 40-45% of participants use the CRT outside of typical court registry hours, mostly on weekday evenings and weekends.”

Suzanne Anton QC, British Columbia’s attorney general and minister of justice, said: “These may be small claims, but this is a giant step forward for access to justice.

“The expansion of the [CRT into small claims] will make it easier for British Columbians to resolve their legal disputes more affordably, and with less complexity.

“This cutting-edge innovation confirms our province’s reputation as a world leader in transforming the justice system to better serve those who use it.”

Lord Justice Briggs, who devised the OC, visited British Columbia last May and had detailed discussions on the CRT’s workings.

Meanwhile, the two UK academics most expert in online justice, professors Richard Susskind and Roger Smith, have recently expressed caution about the pace at which the OC might proceed.

Professor Susskind told a conference that he believed the value cap on claims should at least initially be “well under £10,000” instead of the proposed £25,000. He said: “You start at a modest level and you build up… it’s not just about value.”

Professor Smith last month called for “a minimum dual running period of five to ten years” until the evidence showed the OC could enable proper access for the ‘digitally excluded’.