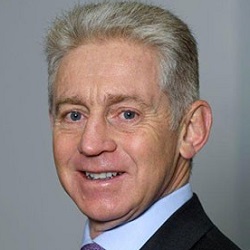 Butler: Joining the public markets is a natural next step

Four experienced non-executive directors have been added to the board of Mishcon de Reya Group PLC as part of its continued preparations for going public.

Mishcon partners voted in favour of a premium listing last September and the float was expected this spring. However, it was put on ice last month due to volatile market conditions.

The appointments make clear the firm’s intention to go ahead with the listing, however.

Pat Butler has been appointed non-executive chair. An accountant and former senior partner at management consultancy McKinsey & Co, he is currently chair of finance business Aldermore Group PLC and serves on the board of insurer The Ardonagh Group and global pharmaceutical company Hikma PLC.

Rachel English is the senior independent director. Also an accountant, she was a management consultant at PwC and then worked in the energy sector before taking on a variety of board roles.

Among others, she has served as chair of Acacia Mining PLC and of international project management and advisory business Adam Smith International, and as a member of the audit committee for the Department for International Development.

She was also the founder of Helios Social Enterprise, which catalysed energy access in rural sub-Saharan Africa.

Ms Cooper has worked for the likes of Shell, Barclays and Lloyds Banking Group and founded More Difference, which advises organisations on talent, diversity and culture.

Recently recognised by Women in the City as a ‘top 50 trailblazer’ for gender equality, she is vice-chair of the 30% Club, a campaign aiming to boost the number of women in board seats and the executive leadership of companies.

Chief financial officer Matt Hotson, who joined Mishcon in December from credit and asset management firm Arrow Global Group, has also been appointed to the board.

In a statement, the firm said: “All newly appointed directors bring deep expertise working with boards. The diversity of their leadership experiences will be critical as the group moves into the next stage of its development as a public company.”

“Its distinguished reputation in litigation along with the high growth potential of its specialist consultancy businesses and technology ventures position it perfectly to do so, and joining the public markets is a natural next step.”