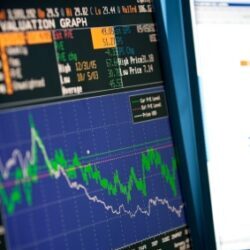 London law firm Mishcon de Reya has put its plans to float on the stock market on hold for the “foreseeable future”, it announced yesterday.

Partners voted in favour of a premium listing last September and, while no timetable had been published, the float was expected this spring.

It was initially put on ice in January due to volatile market conditions and the firm has confirmed that this will remain the case – while insisting that the plan has not been scrapped.

A spokeswoman said: “We can confirm that we have decided to put our IPO plans on hold for the foreseeable future due to market conditions. We remain an ambitious and bold business with a clear strategy and vision for our future.”

When Mishcon first announced its intention to list in April 2021, it mentioned that it “continues to engage with the Solicitors Regulation Authority (SRA) on historic matters which it reported to the SRA”.

It is likely that the firm had to conclude these investigations to press ahead with the float. Also in January, Mishcon agreed with the SRA to pay a record fine of £232,500 over multiple breaches of anti-money laundering rules.

The Solicitors Disciplinary Tribunal also fined Mishcon £25,000 for allowing its client account to be used as a banking facility.

We revealed in March that Mishcon had withdrawn from the B Corporation initiative – for businesses that balances purpose with profit – just months after becoming only the third law firm to achieve it.

The high-profile firm has been criticised in Parliament several times this year for its work for oligarchs and others, but an insider insisted that the B Corp decision was unrelated to this and just a case of bad timing.

But there has been better news this week for staff at two of the already listed firms. Certain employees and the trustee of RBG Holdings PLC’s employee benefit trust have been released from lock-in agreements so as to sell 2m shares at a price of 100p per share – 2.5% of the total number of shares held by employees.

It told the stock exchange: “These employees have been allowed by the company to sell ordinary shares that were subject to lock-in agreements as the company believes it is important to be able to satisfy the investor demand received as a result of the company’s marketing activities to attract new institutional investors onto the company’s register and improve liquidity.

Group chief executive Nicola Foulston said: “With this limited sell down, I am delighted to have been able to expand RBG’s institutional shareholder base and improve liquidity.

“I am committed to proactively manage the share lock-ins of our internal shareholders in a way that best suits the needs of the company and all our shareholders.”

Meanwhile, two senior directors at Keystone Law have been awarded 19,118 shares each as part of the firm’s long-term incentive plan – Ashley Miller, who is both executive director and finance director, and William Robins, director of operations and compliance.

Currently worth £135,000 to each man, the shares will vest on the third anniversary of their grant, subject to the pair’s continued employment and to the extent to which the adjusted earnings per share and relative total shareholder return performance conditions are met.

They will then be required to retain the shares for two years, subject to the ability to sell sufficient shares to discharge any tax liability.

Chief executive and co-founder James Knight holds 28.3% of the company still, worth £62m based on yesterday closing price of 705p. He sold £11.6m worth of shares last year.