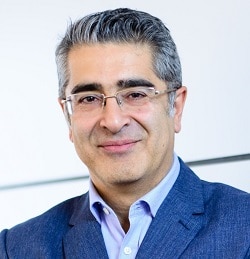 London law firm Mishcon de Reya has begun legal action to ensure that it is Parliament, rather than the prime minister, that has the power to trigger article 50 of the Lisbon Treaty and the formal start of the UK’s exit from the European Union.

Stealing a march on others who have been looking at the issue – such as the crowdfunded advice we reported on last week – the firm said that “following publication of articles on the subject”, it has retained public law specialists Baron David Pannick QC and Tom Hickman of Blackstone Chambers to act as counsel, along with EU law experts Rhodri Thompson QC of Matrix Chambers and Anneli Howard of Monckton Chambers.

In a statement, Mishcons said the decision to trigger article 50 rested with the representatives of the people under the UK constitution – the referendum was “an exercise to obtain the views of UK citizens”.

The government, however, has suggested that it has sufficient legal authority. “Mishcon de Reya has been in correspondence with the government lawyers since 27 June 2016 on behalf of its clients to seek assurances that the government will uphold the UK constitution and protect the sovereignty of Parliament in invoking article 50.

“If the correct constitutional process of parliamentary scrutiny and approval is not followed, then the notice to withdraw from the EU would be unlawful, negatively impacting the withdrawal negotiations and our future political and economic relationships with the EU and its 27 member states, and open to legal challenge. This legal action seeks to ensure that the Article 50 notification process is lawful.”

Partner Kasra Nouroozi, head of dispute resolution, said: “We must ensure that the government follows the correct process to have legal certainty and protect the UK Constitution and the sovereignty of Parliament in these unprecedented circumstances.

“The result of the referendum is not in doubt, but we need a process that follows UK law to enact it. The outcome of the referendum itself is not legally binding and for the current or future prime minister to invoke article 50 without the approval of Parliament is unlawful.

“We must make sure this is done properly for the benefit of all UK citizens. Article 50 simply cannot be invoked without a full debate and vote in Parliament. Everyone in Britain needs the government to apply the correct constitutional process and allow Parliament to fulfil its democratic duty which is to take into account the results of the Referendum along with other factors and make the ultimate decision.”