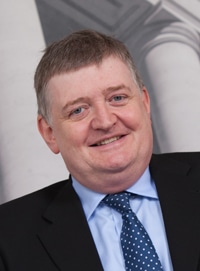 Morton: aiming for new team to be “as big as any other”

It has brought in Andrew Morton, who was Pannone’s head of travel and head of its white-labelling division, Affinity Solutions.

He joins Charles Layfield, who helped create Affinity and had also headed up Connect2Law at Pannone, before moving to BGL Group late last year as an associate director in the legal services division.

The law firm, which specialises in personal injury but also covers probate, conveyancing and employment law, was by BGL Group. BGL provides a range of financial services, particularly insurance through brands including Budget Insurance, and owns comparethemarket.com.

Mr Morton told Legal Futures that, partly by using BLG’s insurance contacts, he could see the opportunity within three years for Minster’s travel team “to be as big as any other”.

He went on: “Minster Law in many ways seems to me to be the future of consumer-facing legal services, because of its funding and corporate structure.

“It offers a different way of doing things to the traditional partnership model and a very different environment.”

Mr Morton set up Pannone’s travel department in 2005. When he left, the department had 20 lawyers and a turnover of around £3m.

“Travel litigation is relatively Jackson-proof in that accidents abroad are excluded from the portals,” Mr Morton said.

“It’s a highly specialised area, but if you have the expertise there are opportunities. The specific advantage Minister has derives from the group’s involvement in travel, motor and general insurance.”

Stuart Ramsey, managing director of Minster Law, said the move was an important development in the firm’s growth. “Andrew is extremely well placed to lead our entry into the travel claims market. We are delighted to welcome him to our team and believe that his impressive background and travel claims expertise adds significant strength to our leadership.”

Last September, National Accident Helpline announced an agreement for Minster Law to become its largest panel member, described in NAH’s recent stock market admission document as a “super panel relationship”. In the last quarter of 2013 Minster received 5% of the enquiries passed through, rising to 15% in the first two months of 2014.