Ministry of Justice “can get house in order” on Brexit, says top mandarin 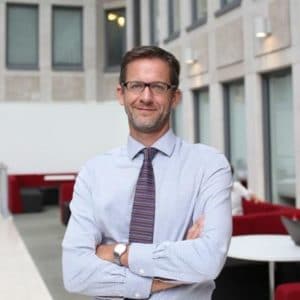 The Ministry of Justice (MoJ) can get its “house in order” on Brexit, permanent secretary Richard Heaton has promised MPs.

The comment came as Mr Heaton told the justice select committee the MoJ hoped to raise £300m from its latest round of 86 court closures, in an attempt to meet further budget cuts.

Giving evidence on the MoJ’s annual report, he said the main elements of a “pretty solid Brexit workload” were the network of treaties for enforcing civil and family judgments, agreements on choice of jurisdiction and promoting UK legal services.

Mr Heaton agreed that other important issues were prisoner transfer agreements, international human rights law and the status of Crown dependencies like the Isle of Man and Channel Islands.

“There is quite a big package of things for the MoJ, but it does not put us in the same league as Defra, where your entire business model is turned upside down,” he said.

“We’ve got a Brexit director, who is chairing a Brexit board for us. We’re working hard with the Brexit department to ensure that what we think we need from the negotiations is understood and shared in government.

He said the MoJ was also “looking at the possible volume consequences” that Brexit could have on tribunals dealing with social security and immigration, and working with the Home Office on criminal law enforcement and arrest warrants.

Mr Heaton was pushed by Labour MP David Hanson, who asked whether, if the government triggered article 50 in March next year, starting the two-year Brexit negotiation period, the MoJ would have “sufficient time” to make the necessary adjustments.

“I don’t want to comment on what is achievable from which negotiations within the period involved,” Mr Heaton said. “We can get our house in order in the time available.”

Mr Heaton said the MoJ was liaising with the Law Society on recognition of the professional qualifications of lawyers in England and Wales.

Meanwhile, MPs bombarded Mr Heaton and Mike Driver, chief financial officer at the MoJ, with questions about financial management, after it emerged in April that lower court fees and increased demand from the criminal justice system had forced it to ask the government for an emergency hand-out of £427m.

Mr Heaton said that by the autumn, the MoJ would have “released” 700 civil servants through voluntary redundancy, and further savings had been made at its “very expensive” HQ opposite St James’ Park tube station, which it was now sharing with other public bodies.

He said further savings had been made by relocating the contracts team to Leeds, setting up other ‘commuter hubs’ outside London, getting a better deal from existing contracts, and using in-house technology specialists.

Mr Driver said the MoJ hoped to save £150m from the sale of prisons and court buildings in London and the south-east this year, but there would no “fire sale” of properties in London.

Select committee chairman Bob Neill MP expressed his disappointment that the MoJ was unable to produce detailed financial information on its progress this year, unlike other government departments.

Mr Driver replied that the priority was financial sustainability. “If we produced one set of numbers now, it is likely that in six weeks they will have changed.”

Mr Heaton added that a “number of things went against us” before it made its emergency budget request, and assumptions on court fees and serious criminal cases were too optimistic.

He admitted that the MoJ had “got it wrong” and was taking measures to improve its financial forecasting and quality of its data.