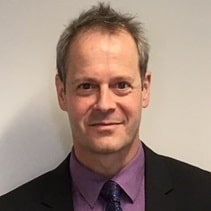 Parkin: A lot has been achieved

Ministers remain committed to whiplash reform but are considering whether the new portal can actually go live on 6 April, a senior Ministry of Justice (MoJ) official admitted yesterday.

In the first official sign that there are questions over the date, David Parkin, deputy director of civil justice and law policy at the MoJ, said “we’re still discussing with ministers where we are, what we’ve still to do and when we can implement”.

Speaking at an Association of British Insurers event in London, Mr Parkin acknowledged that there were still several policy issues to resolve, such as how the alternative dispute resolution element of the portal will work, and how the system will treat vulnerable people and minors.

Further, the Civil Procedure Rule Committee has still to sign off the rules, while statutory instruments will need to be laid before Parliament.

“The message is, there’s a lot to do still but we’ve achieved a hell of a lot. Ministers are still aiming for April but I can say that they are – and it is right that they do – looking again at the timetable to make sure that what we implement is as best it can be and is not rushed.”

Also on the panel, well-known claimant lawyer David Bott, senior partner of Wilmslow firm Bott & Co, said he did not believe that any claimant law firm – and probably any insurer or defendant law firm – would be able to adapt to the regime simply by amending their current systems or being more efficient.

“I agree that I need to adapt and start from scratch, but at this point, I am not ready because I do not have the tools to be ready if it is an April 6 go-live date.”

Questions from the audience also spoke of an urgent need to see the rules and protocols for the portal, and Mr Parkin was unable to say if there was a cut-off date by which a final decision to go ahead in April would be made.

But he said “ministers are aware of the imminence of go-live” and that “we do appreciate we can’t launch the system if people don’t have adequate prior notice of the rules”. The rule committee is meeting on 7 February.

We reported yesterday that Dominic Clayden, chief executive of the Motor Insurers Bureau – which is building the portal for the MoJ – said that if there were material changes to the draft rules that he has been working with, it would be difficult to have the portal ready for 6 April.

Mr Parkin added that there would be a “quite varied” communication strategy “to get it out to the general public that this exists”.

The discussion highlighted other areas of concern, such as what would happen if a claim fell out of the system, for example because it was contested.

Mr Bott said the obvious destination would be the small claims court, but he questioned whether it could cope.

Bott & Co has extensive experience of the small claims court through its flight delay work, and the solicitor talked about one county court that has 5,600 of the firm’s claims forms – because it is local to a particular airline – but can only deal with them at a rate of 200 a day.

“When I get a hearing in this court, they are listing 13 months ahead,” he added.

Mr Parkin said this was a “concern of ours too” and that the MoJ was looking at the issue.

Mr Clayden said the new portal would not link to the existing fast-track portal where claims turned out to be worth more than the small claims limit, but such litigants would at least receive a PDF of all the information that has been logged on the system, which could be annexed to any subsequent claim.

Other issues raised included dealing with claims made up of both injuries subject to the new compensation tariff and injuries that were not, but Mr Parkin said “we don’t think it’s essential for this to be fixed and sorted before [the regime] is implemented”.

He added that while “we could wait to deal with every eventuality… there comes a point where you have to aim for a very good system dealing with certain critical aspects of the claim”. You then monitored and improved it, he said.

The new portal will not cater for other heads of claim, such as the cost of credit hire and rehabilitation, meaning claimants will have to recover these losses separately.

Mr Clayden said he understood there were many bilateral agreements between insurers and credit hire businesses to sort out payment between them, so he would want to know “how big the problem is first” before adding it to the portal.

Reforms to credit hire and rehabilitation were in part 2 of the MoJ’s whiplash reform consultation, which closed in January 2017.

Mr Parkin said he regretted having predicted a year ago that the government response to part 2 would be published by the end of 2019, and refused to give a new date.

He said the focus has been on the portal, and “once we have the space and the resource, we will move on to considering with ministers what we do with the second part of the whiplash reform programme”.

He added: “We’ve come an enormous way in a relatively short space of time… There are things to do but this will work and I genuinely think it will provide quick access to justice to people to get compensation quickly and fairly.”