Minister: “No plans” for review of Legal Services Act 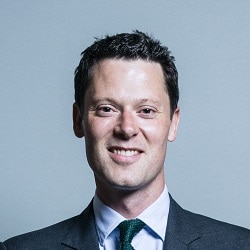 A review of the Legal Services Act 2007 is not on the agenda, the government has confirmed.

Justice minister Alex Chalk also indicated that the Ministry of Justice was happy with the work done by the Legal Services Board (LSB).

Responding to a written question from Conservative MP Craig Whittaker on any plans to review the Act and the LSB, Mr Chalk said: “There are no plans to review the Legal Services Act 2007. Arm’s length bodies of the Ministry of Justice are subject to a regular cycle of reviews as part of the Cabinet Office tailored review programme.

“A tailored review of the LSB was published in July 2017 which found that the LSB is generally effective both in promoting the regulatory objectives set out in the Legal Services Act and in delivering its functions.”

His comments contrast with those of Lord Keen, who speaks for the MoJ in the House of Lords and last year said there was “room for review” of the regulatory regime, made more urgent by the developments in technology.

The MoJ’s position is not a surprise as it has for some time been encouraging the LSB to use the powers it already has in the Act to sharpen the regulatory regime.

We revealed last month that one of these could be a review of the reserved legal activities.

At the same time, the Competition and Markets Authority is set to review the progress made since its report on the legal market in December 2016.

Chris Jenkins, its economics director, said in February that the watchdog wanted to revisit the recommendations it made for regulatory reform.

A strong push for reform from the review could force the MoJ to rethink.

Over the summer, meanwhile, Professor Stephen Mayson will publish the final report of his independent review of legal services regulation.

In the interim report published last year, he said the current regulatory regime “provides an incomplete and limited framework for legal services regulation that will struggle in the near-term and beyond to meet the demands and expectations placed on it”.

It is understood that the then Lord Chancellor Michael Gove had signed off on a government-led review of legal regulation in 2016, shortly before the EU referendum, but it was scrapped after he lost his job following the vote.

There have nonetheless been calls for a shake-up of the regime – the LSB itself set out a blueprint for radical reform back in September 2016, including regulation by activity rather than professional title, and a single regulator for the entire profession.

Earlier this year solicitor peer Lord Gold urged the MoJ to act and simplify the legal regulatory regime, saying nothing would change if left to the profession, while the Solicitors Regulation Authority said the rate of change in the legal market made it “increasingly difficult” for the regulatory framework laid down by the Act to remain relevant.

By contrast, the Law Society opposes a rewrite of the Act.