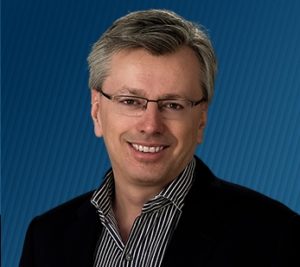 The ‘millennial’ generation of legal services buyer is taking over from the ‘baby boomers’ and bringing a range of new expectations that lawyers must respond to, such as flexibility of service and working hours, predictable pricing, and value for money, a new report has concluded.

In his fourth report on the future of legal practice commissioned by Lawyers On Demand (LOD), Canada-based market analyst Jordan Furlong warned that the generation born between the early 1980s and 1990s were increasingly assuming positions of power as the generation born after 1945 retired.

He warned that “law is becoming a buyer’s market” and the buyers of legal services were “becoming more assertive, sophisticated, and demanding buyers than in the past”.

Firms that failed to recognise the shift risked “market irrelevance”.

Mr Furlong described the current situation as the mid-point between eras, in which the legal service market was “at a key transition point” in its evolution, “from a dormant, low-tech, individualistic system to a dynamic, high-tech, collaborative one”.

Old ways of running a legal practice, such as “rigid hierarchies, hourly billing, manual paperwork” would very likely be abandoned by the millennial lawyers.

Equally, it was improbable that millennial clients would continue “to dutifully send volumes of straightforward tasks to outside counsel and pay the resulting bloated invoices without complaint”.

GCs should expect them to “form partnerships with [legal process outsourcers] and managed legal services providers to access ‘just in time’ legal capacity”.

GCs would also expect to see a serious approach to achieving diversity, a willingness to operate in a multi-disciplinary environment, and to provide such things as flat fees and subscription-style pricing.

Millennial firms would provide responsive customer service as standard, including reward subject to achievement, be relaxed about the tendency of technology to reduce lawyer time, put clients’ needs before their own, and closely monitor client satisfaction.

Meanwhile, Mr Furlong also identified features of the millennial client that he believed would affect the future law firm.

First, they had absorbed the ‘more for less’ reality and would be “stringent judges of value for money and… will not tolerate expensive inefficiency”.

Second, they took choice for granted and would regard lawyers as just one option for legal services.

Third, their buying habits, “shaped by Amazon”, would involve purchasing decisions based on scrutinising reviews and price comparisons against rival firms.

Fourth, they would expect to be able to operate 24/7 and would “view law offices open only from 9am to 5pm, and law firm websites that serve merely as online brochures, as relics of a bygone age”.

Fifth, they would expect tailored, personal service. Sixth, millennials tended to be strategic “team players” in their companies, who wanted legal services to “encompass the needs and priorities of the entire business”.

Lastly, millennial clients had no patience for traditional ways of operating: “They will want to know that you’re working in a cost-effective manner, and precisely how.”

Mr Furlong told Legal Futures: “Everyone’s been talking about the millennial law firm lawyer, but there hasn’t been as much discussion of the fact that millennials are clients too, and that they’re rapidly on their way to becoming senior in-house counsel and legal operations directors.

“We set out to profile the millennial buyer of legal services and describe her priorities and expectations, which led naturally to outlining the millennial law firm that will have to emerge and evolve to meet these new demands.”

Simon Harper, LOD’s co-founder said: “We are now in a place where we can see that millennials are the emerging law firm partner and GC.

“This is a generation that’s already showing itself as the real accelerator of change. Not just as lawyers wanting to work differently, but critically as clients too, buying differently.”