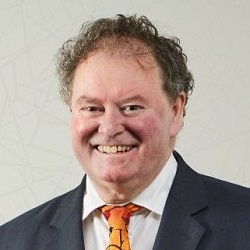 Mid-tier London law firms are “rubbing their hands with glee” at an influx of new oligarch clients turned away by the big City firms, a leading media lawyer has claimed.

Mark Stephens, a partner at Howard Kennedy, said that although their work was “morally reprehensible”, some solicitors would always be prepared to be “hired guns for censorship”.

The renowned and high-profile solicitor said: “As long as it is lawful to represent somebody, whether or not their money is stained with blood, somebody will do it…

“The big City law firms are now turning out oligarchs and their businesses, even the ones that haven’t been sanctioned. They are now gong to the mid-tier firms, who are rubbing their hands with glee.”

Speaking to veteran City journalists Jonathan Ford and Neil Collins for their A Long Time in Finance podcast, Mr Stephens said the media in the UK could not afford to take on an oligarch with unlimited money and there was a “huge inequality of power” between them.

“Their purpose is not necessarily to win, but to make you want to stop.”

He said it had been estimated that 90% of libel cases were won by claimants. “You have to be a moron in a hurry in London to lose a libel case.”

As a result, “crooks and brigands jet into this country from all over the world on their private planes and try and launder their reputations” in the High Court. “It’s been going on for years.”

Mr Stephens said it was “very difficult to stop a case when started” and judges “nearly always” sent them through for trial.

In the absence of costs restrictions, oligarchs might employ two or three private detective companies to see what they could find. Since they “knew each other socially”, it was possible for them to co-ordinate actions.

The Russian courts were seen as corrupt, meaning that a vindication in Russia “did not have the same impact” as one in the UK.

There was a “more even playing field” in the USA, where freedom of speech was enshrined in the constitution and libel cases were stopped at an earlier stage.

David Hooper, a consultant at Howard Kennedy, said libel tourism was looked at before the Defamation Act was introduced in 2013, but mainly in the context of making it harder to sue foreign defendants.

He said there should be “much more rigorous” requirements before people could bring libel actions in this country.

“Normally people bring libel actions to win and vindicate their reputations. What we’ve got here is people trying to deter things from being written − to stop a book from being published or an article from coming out.”

He said that while oligarchs often had “enormous amounts of money”, the traditional media was getting poorer. “We have a real problem with freedom of speech.”

Mr Hooper added that by allowing a case to go to trial, judges could be “condemning” defendants to paying £2m in costs, or £5m if they lost.

Last week, the House of Lords’ communications and digital committee took evidence from journalists, publishers and lawyers on the impact of so-called strategic lawsuits against public participation (SLAPPs), also known as ‘gagging lawsuits.’

Chair Baroness Stowell of Beeston said afterwards: “Today we heard concerning evidence that free speech is being chilled by the use of SLAPPs.

“We heard that the SLAPP cases we do know about represent just the tip of the iceberg, because the claimants are successful in stifling investigative journalism and publishing.

“We heard that the costs and number of cases have become out of control. We also heard that the UK’s complex legal framework and costly processes make it an attractive place for powerful individuals to pursue SLAPP cases.

“We also learned about the unacceptable behaviour by certain legal firms and the need for more robust action from the Solicitors Regulation Authority in light of these systemic practices.

“We will be writing to the government to encourage urgent action on this issue.”