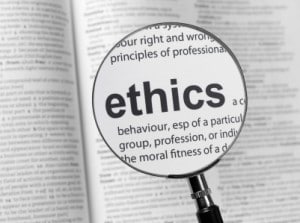 A culture of defensiveness among lawyers risks the sort of regulatory failure that occurred in the Mid-Staffordshire Hospital Trust patient neglect scandal – and legal regulators must take heed, the head of the Legal Services Consumer Panel (LSCP) has warned.

More must be done to consider the importance of shaping lawyers’ culture when delivering regulatory outcomes, said the panel’s chair, Elisabeth Davies.

Writing on the panel’s website, Ms Davies said: “Regulation has to be about culture, it’s what society expects and it’s how the effectiveness of the legal reforms will ultimately be judged.”

She said the report into Mid-Staffordshire NHS Trust by Robert Francis QC, which was published last week, was predictable in the way it kept returning to the question of how, “in such a regulated sector – and such a regulated workforce – could this ever have happened?”

She added: “There will be all sorts of platitudes in the coming months about lessons that must be learned but at the heart of this must be a question about regulation and culture. It’s a question that needs asking in legal services: How can the regulators shape the culture of providers?”

She highlighted the Legal Services Board’s consultation on its draft business plan [2] as part of “a strong sense of moving to a new phase” in the legal services reforms that followed the Legal Services Act 2007. “But whilst the structures and processes have started to change, what about the culture of legal services? The evidence suggests there is still far to go,” she observed.

She contrasted the Francis report’s recommendation for a statutory obligation on doctors and nurses for a “duty of candour” about mistakes made in patient care with the “defensive attitude towards complaints among lawyers” revealed in LSCP research conducted with the Legal Ombudsman.

Also, said Ms Davies, on the same day Mr Francis criticised the Royal College of Nursing for failing to support its members who raised concerns, the Law Society “poured cold water on the SRA’s plans to enhance whistleblowing by solicitors [3]”.

She concluded: “Regulators have an obligation to consider how they should judge the ethics and culture of the firms they regulate. The shift to outcomes-based regulation, away from a rules-based model, acknowledges this but more must be done to recognise the importance of culture in the delivery of good regulatory outcomes.