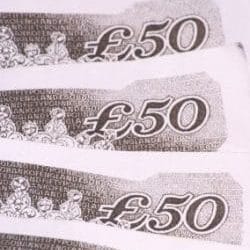 It is the ninth year running that the Law Society’s law management section financial benchmarking survey has reported a median fee increase, at an average of 5.9% over that period, compared against RPI inflation currently at 2.7%.

The latest survey – which involved 210 firms providing two years of accounts for accountants Hazlewoods to analyse – found that 71% reported year-on-year fee growth in 2018, with a quarter seeing growth of over 10%.

The large majority of participants had a turnover between £5m and £35m – while there were some smaller practices, the section did not poll the biggest firms. Over a quarter of the firms ranked 101 to 200 based on revenue took part.

The firms recorded a median fee income per equity partner of £690,778, an increase of 6.4% on 2017, although smaller firms generally saw much lower results.

Positively, the growth came from increased fee income per equity partner for most practices, rather than simply more partners.

However, partners in 15% of practices took drawings in excess of profits for two consecutive years.

The top three also had the highest number of fee-earners per equity partner at around six.

It said: “The growth in the number of fee-earners is good news, as it demonstrates that partners in most practices are optimistic about the future.

The number of secretaries per fee earner fell very slightly, to 0.5 to 1, compared to 0.77 a decade ago.

The survey said the old rule of thumb that staff costs, non-salary overheads and profit each accounted for a third of income was no longer appropriate for the majority of practices, mainly as a result of increasing staff costs, which now account for nearly half of income.

The survey said lock-up fell 4%, and there were also reductions in both WIP and debtor days. “A 4% reduction in lock-up will make a significant difference to cash flow. For a practice with turnover of £5m, this would free up £82,000 of cash.”

Two-thirds of firms reported a positive office account balance at their most recent accounting date, with a median balance of £85,000.

Fewer than one in five firms had no overdraft or borrowings at all. For those firms with bank borrowings and/or an overdraft, the median amount owed per equity partner was £57,455.

Around half of the firms also had non-bank borrowings such as hire purchase or finance agreements, at a median level of £22,666.

“Banks continue to view the legal sector positively, although there is an increasing reluctance to lend to practices specialising in areas such as personal injury work,” the report said.

“As per last year, we have seen considerable levels of new lending, secured by a debenture over the practice only, where practice performance and debt to equity ratios support it.”

Looking at issues facing solicitors in the year to come, the report said increases in bank base rates over the past 18 months meant practices were gradually beginning to earn decent amounts of interest on client monies “for the first time in years”.

It continued: “Increasing numbers of practices now hold the top slice of client money in one or more SRA-compliant term deposit accounts in a bid to earn more interest.

“If you have not already done so, we would recommend that you review your banking arrangements, and have a look at your interest policy too, as lots of practices have moved away from the old £20 de minimis limit. A £50 de minimis limit is fairly common nowadays.”

There was also the new SRA accounts rules, due to be introduced in November. “The ability for some practices to hold monies received in advance for fees and disbursements in their office account in future could prove very beneficial to cash-flow,” the report said.

Incorporation was also a growing trend, for how it both managed tax exposure and created additional working capital more tax efficiently.

“Lots of practices are also considering employee ownership, which usually requires limited company status. With corporation tax rates set to reduce to 17% from April 2020, the trend is likely to continue.”

The full survey can be downloaded here.