Mid-sized firms have much more appetite for external investment than MDPs, survey finds 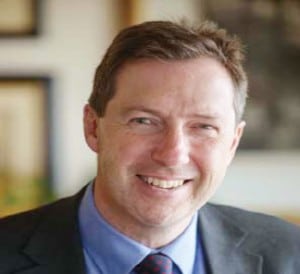 Hart: things “settling down” for most firms

One in five mid-sized law firms expects to seek external investment to fund expansion within an alternative business structure (ABS), according to major research.

A similar number saw themselves bringing a non-lawyer owner into the ABS over the next few years, while 10% of practices thought it likely that they would join a group or network, such as QualitySolicitors or Connect2Law, within the next few years.

The survey, compiled by accountants Hazelwoods LLP, found so little appetite among the law firms for merging with non-lawyer professionals such as accountants, financial advisers and estate agents/surveyors that they will probably not ask the question in next year’s version. At best, some 3.2% of firms said merging with accountants is ‘fairly likely’.

However, as last year, a third of practices envisaged a merger with another law firm within just two or three years.

While the overall total interested in securing outside capital in the next few years in order to grow their businesses fell slightly, predictions that it would happen have hardened since last year. Some 6% of firms said they were “very likely” to do so in 2013, compared with 2.2% last year.

Meanwhile, one in seven reported that they would sell the practice to a third party if the chance arose. Last year the figure was closer to one in six.

In keeping with what the survey described as “ongoing challenging economic times”, median equity partner capital fell by 7.5% and, worryingly, in just over a fifth of the firms, partners’ total drawings, including income tax, exceeded profits in 2013.

Underlying this profit growth, earnings were up. Median practice fee income grew by 4.1%, while median fee income per equity partner was up slightly to £549,489.

Average lock-up fell slightly to 177 days and the median cost of employed fee-earners was increased by 3% – a shade below inflation in the same period. The ratio of fee-earners to partners was steady at almost five to one and support staff to fee-earners was also stable.

They advised: “All of the above point to a need for charging rates to go up. Many practices have understandably avoided increasing their fee rates over the last few years, but that is only sustainable for so long, and the definite work flow improvement must surely mark the time to review this more deliberately.

“Of course, this needs to go hand in hand with quality of service, and fee earner productivity should also be closely monitored.”

Chris Marston, head of professional practices at Lloyds Bank – which sponsored the survey – described ABSs and outcomes-focused regulation as “sideshows” resulting from the Legal Services Act and said it was: “time to concentrate on having a legal business that is profitable and viable on a sustainable basis over the next several years”.

LMS chairman Chris Hart, managing partner of south Devon firm Wollen Mitchelmore, said the survey suggested that after “what feels like an eternity of change”, the profession was in a “settling down” phase. Although some firms were still thinking making “substantial developments”, many others were concentrating on “key financial performance and service delivery”.