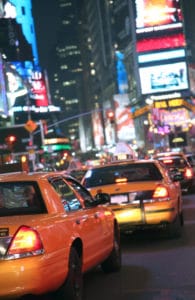 Corporate clients are bleeding law firms without them realising it, as work is funnelled away to cheaper providers by in-house counsel who wish to avoid confrontation over pricing, according to a report.

The steady process of commoditisation, where increasingly legal tasks could be performed by multiple law firms and lawyers, was behind the shift, it said.

Only the top firms were shielded from its effects by the power of their brands when price came second to the importance of handling sensitive matters.

But TGO insisted the counsel were all from “internationally operating companies that are large buyers of legal services across several jurisdictions” and the lawyers were “senior” and from commercial firms across the EU.

Commoditisation, the analysis said, had “started an erosion” in the work stream of upper mid-market firms who were neither a “premium brand name” or a “small price competitor”. It observed: “The worst place to be, it seems, is in the middle”.

Worst of all, it suggested, the process of in-house counsel moving work away from firms with which they have good working relationships, was happening invisibly and by stealth: “By being able to shift work down when they need to cut cost, without having to compromise on the results, general counsel can reach their budget targets.

“[They] have been able to avoid engaging in head-on fights over the value of services with their long-term suppliers… which would spoil or trouble the relationships. In the day-to-day contact a harsh negotiation on price is preferably avoided…

“In a sense, clients are voting with their feet without making a fuss about it, only this process is so  gradual that it is hard to notice.”

Savings were made either by bringing work in-house or by employing smaller, cheaper firms. “The same work that a client would hand to a firm in tier 1 of its panel is increasingly being given to a firm from one tier below.

“In the same manner, the work that was previously awarded a tier 2 firm is now being given to a tier 3 firm, a boutique firm or performed in-house. Tier 3 work is increasingly given to alternative service providers.”

For example, in M&A work, general counsel might keep their legal spend down by doing the due diligence themselves. Then, “rather than renegotiating rates with a full-service firm, they take the employment part away and place it with a boutique firm where rates are more suited to repetitive work”.

Reassuringly for magic circle law firms in particular, the report said that where legal work was especially sensitive or vital to the business, in-house counsel were content to approach large firms without too much concern for the cost.

Support for the premise that stealth was being employed was found in the results of the survey of lawyers, which found that many reported little or no pressure from corporate clients on their fees. Asked to reveal the level of pressure on the rates charged by lawyers at all levels, six out of ten said there was “none or a moderate pressure on the rates in all three categories of partner, associate and junior [lawyer]”.

The remainder said there was “high” or “considerable” pressure on rates. This was worse among firms spread over multiple jurisdictions than those active in a single jurisdiction.

On the future, the in-house counsel believed technology would help more work shift to alternative providers, including non-lawyers: “As technology improves… work that has shifted in-house in the past decade will again flow to outside more efficient service providers, some of which will not even have a single lawyer employed.”

Law firms in the US were thought by the in-house counsel to be more comfortable with price transparency than their European counterparts. The US firms were more willing to break down price proposals on request and to be transparent on profit margin.

Further, the in-house lawyers were not impressed with law firms’ ability to sustain fixed prices: “The experience of general counsel tends to show that most law firms have difficulties in estimating the amount of work involved and are not streamlined to work under these arrangements. Law firms will often exceed the limit and are forced to absorb the cost.”