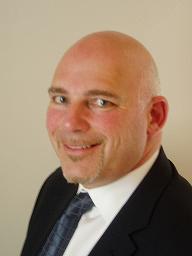 Goldhill: four acquisitions in one

Alternative business structure Metamorph Law has taken the first step in its plan to consolidate dozens of law firms by acquiring north-west firm Linder Myers in a pre-pack deal.

All but one of Linder Myers’ 25 partners are joining Metamorph as employees or consultants and the 200 staff in four offices have moved over as part of the deal and will keep their jobs.

Assure Law, the business consultancy that in 2014 saved Linder Myers from administration and installed its chief executive Tony Stockdale as the firm’s CEO, is also a minority shareholder in Metamorph.

Metamorph Group chief executive Simon Goldhill said that while Mr Stockdale made the introduction, he resigned as the firm’s CEO before they did the deal, and as he was not a partner, did not take part in the negotiations. Mr Goldhill conducted them from Metamorph’s end.

“We were very conscious that people had to be wearing the right hat at the right time. It would have been wrong to walk away because Tony happened to be connected to Linder Myers,” he said.

Assure Law had a debenture over the firm’s assets and Mr Goldhill said the consultancy had “given up some of what they’re owed”, leaving Metamorph to take on “a significant proportion of the debt”.

Mr Goldhill described Linder Myers as a “good and profitable business” that went into administration because it was under-capitalised and ran out of cash, similar to what happened two years ago, when a refinancing avoided administration. At the time it had 51 partners and 260 staff but has been restructured since then.

Asked what would avoid a similar situation recurring, Mr Goldhill said: “We’re better capitalised – it’s as simple as that.” Metamorph would also provide professional management, leaving the partners to concentrate on the legal work, he added.

Carl Jackson of Quantuma has been appointed the administrator.

The firm, whose turnover exceeds £12m, will trade as ‘Linder Myers, part of Metamorph Law Limited’. Alongside a Manchester city centre head office, it has offices in Lytham, Chester and Shrewsbury. Metamorph Law’s managing director Bob Labadie, one of the founders of Co-operative Legal Services, will run the firm.

Mr Stockdale will not have any day-to-day involvement, and will instead have a more strategic role in identifying further acquisitions for Metamorph.

Mr Goldhill said at the time Metamorph launched last year that he was targeting five acquisitions in 2016 of high street firms with a turnover of £2-5m, with the overall plan being to buy and consolidate around 60 firms of over five years to create a business with a turnover of more than £80m.

He said that although Linder Myers was significantly larger, it fitted the criteria for Metamorph’s model in terms of the nature of its work and client base. “With four separate offices, this effectively is Metamorph Law’s first four deals in one,” he said. One more deal was likely in 2016, he added.

Linder Myers was also attractive as it provided Metamorph with established support functions which would form the base for the back-offices of future acquisitions, rather than having to build them from scratch, as had been the plan.

Trevor Ward, one of the Linder Myers former equity partners who is joining Metamorph as head of its bodily injury division, said the decision to merge was unanimous.

“We have been talking to them since late 2015 and therefore had the opportunity to get to know them well. We are excited by their vision for how we can better service our private client and SME clients.”