Merger mania takes hold up and down the country 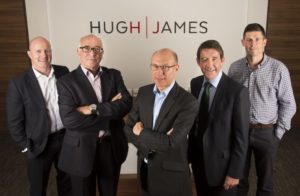 There has been the usual spate of law firm mergers and acquisitions up and down the country coinciding with the end of the traditional indemnity year, including the continuing growth of national crime firm Tuckers and a Scottish firm entering England for the first time.

Although an increasing number of firms have moved away from the 1 October renewal, this is still a popular time of the year for deals to be announced.

Tuckers has added Margate-based Kent Defence Ltd to its operation in Kent, and the branch – also comprising the former practice of Robin Murray & Co – “have chosen to trade under the single name of ‘Tuckers Solicitors, Kent Branch’, the firm said. It has 18 solicitors plus support staff.

Tuckers national practice director, Adam Makepeace, said: “We are delighted to be able to be able to extend our criminal practice across the whole of the county of Kent. We have a strong template for bringing in the very best firms of criminal lawyers into our model of digital working and centralised support functions – and we have no doubt that the Kent Defence team will fit into this incredibly well, for the benefit of all their clients.”

The firm said: “The deal gives Aberdein Considine its first foothold in the substantial English and Welsh legal markets and enables the immediate expansion of its corporate conveyancing, litigation, and debt and asset recovery services south of the border.”

The combined business, which will trade under the Aberdein Considine brand, employs 380 staff and will have a total turnover of more than £22m.

The firm has also hired former HL Interactive chief executive Matt Wightman – an experienced debt and asset recovery specialist – as a partner to spearhead the English and Welsh operation, which has around 20 people.

In the north-west, Chafes and Hague Lambert have merged to create Chafes Hague Lambert Solicitors, with 10 partners, a combined staff of 88 operating from six offices, and a combined turnover of more than £5m.

Rob Brindley, managing partner of Chafes, said: “This merger is about two well-respected practices, who share a similar ethos, joining together to become the premier regional law firm outside of Manchester.”

Also in Lancashire, Vincents Solicitors – which goes by the tag line ‘Not your average law firm’ – has added an eighth office through a merger with Chorley practice Yates Barnes. Founders Allan Yates and Sue Barnes, who have been providing clients with commercial law and civil litigation services for more than 30 years, are being joined by a new five-strong team to expand the range of services on offer.

Phillip Gilmore, the firm’s managing partner, said: “We have been looking for a business to partner with in the southern part of the county, from where we can better serve our existing clients in this area, and attract more individuals, families and businesses by providing a local high street office.

“There is definitely the market for a full service law firm like Vincents in Chorley, and we’re looking forward to opening officially later this month.”

Altrincham law firm McHale & Co, meanwhile, has bought Middleton-based Sedgwick Legal, its third acquisition in the past five years. It now has 60 staff.

Managing partner Andrew McHale, who set up the firm in 2001, said: “We have demonstrated how acquisitions like that can be genuine ‘win-win’ situations for all concerned, including existing clients who have more services opened up to them. We already are talking to other firms and believe that we will be approached by more firms who see the obvious benefit for all of being part of something bigger.”

Roger Dennerly, Sedgwick’s head of employment and commercial, is retiring but the other partners, Peter Carey and Judith Dennerly, who have both been with the firm since the 1980s, will be joining McHale.

Across the Pennines, Bradford-based Eatons has merged with Bingley firm Weatherhead & Butcher Solicitors, expanding its West Yorkshire presence. Eatons, which is relocating staff to Bingley and broadening the range of services on offer there, now has 60 staff across five offices.

Heading south, while those in the City have been consumed by the potential merger between CMS Cameron McKenna, Olswang and Nabarro, smaller deals have been completed in the capital.

Kent firm Whitehead Monckton has moved into London by acquiring Docklands Solicitors, which provides residential and commercial property services plus family advice in London’s Docklands. Two of the firm’s lawyers will relocate from Maidstone to London to expand the range of services on offer.