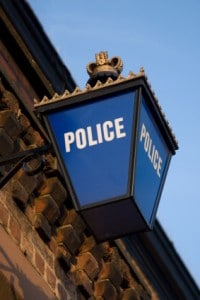 Duty contracts: half of current criminal firms expected to lose out

A Law Society guide to criminal legal aid after the cuts has laid bare the scale of the hurdles facing firms that wish to stay in the market and advised most to choose one of three options: merger or acquisition, joint venture or collaboration.

Chancery Lane also revealed last week that it was concerned criminal specialist firms might use “borderline unethical approaches” to generate new business if they failed to win a duty contract.

Responding to changes in the criminal legal aid market – Helping members achieve success in a changed market, published late last week, suggested three main ways firms could survive: by bidding for the 525 duty contracts as large independent firms; by entering into a joint venture with other firms to create a new entity; or by collaborating with other firms – previously described as ‘consortia’ – with one firm becoming a ‘lead contractor’ in the bidding process.

It recognised the cuts have “created a tipping point meaning many practitioners’ existing ways of working and business models are no longer sustainable”, but also claimed the reforms to be “both an opportunity and a challenge for your firm”.

For bigger firms, unless they were already large enough, recruitment or merger or acquisition would be necessary to create the scale needed to be sustainable in the reformed market.

It advised: “Considerable effort (time and expense) must be expended in order to select the right partner (in the case of closer working) and these efforts must be balanced with ongoing client commitments… These challenges should not be underestimated. However, standing still is unlikely to be a viable option for most practitioners.”

The guidance estimated that the three models could take up to 18, 10 or three months respectively to “transition to”. The Legal Aid Agency (LAA) tender process is due to begin next month.

The guidance identified challenges to finding the right merger partner, such as its impact on other legal services. A joint venture carried the problem of ensuring roles and responsibilities in the group were “well defined”, while firms had to remember a lead contractor collaboration was not a consortium in the traditional sense, where all members individually held their own duty contracts.

The guidance was accompanied by detailed individual checklists on the three suggested models, each one running to over 60 points, to help firms consider the full range of issues involved. Even the lead contractor collaboration model, which involves the least structural impact on firms, necessitates consideration of forming a steering group, project and business plans, tax advice, due diligence in respect of all the partners involved, conflict of interest checks, confidentiality policies, risk sharing agreements, professional indemnity insurance, competition and regulatory issues, and so forth.

Last week the society produced a question and answer document on the reforms. It revealed Chancery Lane was concerned that firms which won an own client contract but failed to secure a duty contract might “be looking for other ways of generating new business”, perhaps involving “borderline unethical approaches”. It invited practitioners to identify practices they wished to see outlawed, which the society said it would pass to the LAA and the Solicitors Regulation Authority.

The guidance was written between November 2013 and March 2014, showing the Law Society was thinking ahead even as the petition requisitioning a special general meeting on its top officials’ handling of the criminal legal aid reforms was being handed in at Chancery Lane. The society’s detractors are likely to see the move as defeatist and its supporters as far-sighted.

The society recently estimated the number of firms that could participate in the new legal aid contracts regime to be 800, or roughly half the existing 1,600 criminal firms. The guidance described the current criminal legal aid market structure: a little over 20% of firms had more that six duty solicitors, a third had three to five and just over 40% had two or fewer. It estimated about 7% of the £1.14bn market was serviced by the top 10 firms.

Law Society chief executive Des Hudson said: “This guidance has been drafted… in order to help our members identify the most appropriate solution for their situation and provide support and assistance on adapting current business models and ways of working to cope with the cuts and changes. The document provides details of the expected disruptions and works through the different choices and potential options available to members in order to identify new business models that are likely to be sustainable when the changes take hold.”