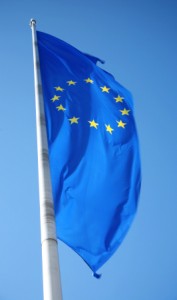 MEPs this week raised concerns about the interception of phone calls between lawyers and their clients by intelligence services across Europe, including the UK.

The issue had been put on the agenda of the plenary session of the European Parliament following the recent admission by the Dutch government that its intelligence and security agency (AIVD) had been spying for years on Amsterdam-based law-firm Prakken d’Oliveira.

According to data collected by the Council of Bars and Law Societies of Europe (CCBE) – which represents the continent’s lawyers at an EU level – communications between lawyers and their clients have been monitored in recent years by police or intelligence services in the UK, France, Ireland, the Czech Republic and Latvia.

The CCBE said MEPs from across the political spectrum took turns in denouncing an unacceptable form of espionage that goes against the right to a fair trial, the rule of law and democracy.

However, in her response on behalf of the Council of Ministers, Latvian secretary of state for European affairs, Zanda Kalniņa-Lukaševica, refused to take speak out against the practice, saying only that the collection and processing of personal data for the purpose of national security is not regulated currently by EU law.

“The extent and occurrence of this type of wiretapping shows that it is a widespread problem in need of a solution,” said CCBE president Maria Ślązak.

“National security cannot serve as an excuse to ignore the principle of lawyer-client confidentiality and deprive citizens of the right to legal counsel and to a fair trial. We hope that in time the European Court of Justice will be asked by a national court to define the meaning and extent of national security in this context, and whether it can ever provide a justification for the surveillance of the activities of lawyers.”

Justice Commissioner Vĕra Jourová expressed her “concern” and vowed to follow closely developments on this issue as well as implementation of the 2013 directive on the right of access to a lawyer, which guarantees the confidentiality of communications between an accused person and their lawyer.

MEPs asked for action to be taken by the EU, through investigations, sanctions and the adoption of legislation.

The CCBE supported this, and called for a minimum level of legal protection afforded to privileged communications from government electronic surveillance, which could be included in the European Parliament project to establish ‘A European Digital Habeas Corpus – protecting fundamental rights in a digital age’.

The Law Society has also backed such a move, while together with the law societies of Scotland and Northern Ireland, and the Bars of the three UK jurisdictions, last month demanded new laws to stop police and security services from spying on meetings between lawyers and their clients.