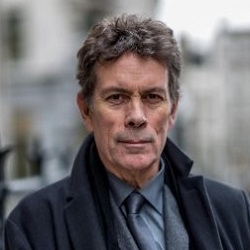 Men are four times more likely than women to appear before the Solicitors Disciplinary Tribunal (SDT), despite rough gender parity in the profession, academics have found.

While the proportion of practising female solicitors grew from 44.5% to almost 49% in the same period, the percentage appearing before the SDT hardly grew at all, from just over 19% to 21%.

There were 1,000 more female solicitors in their 30s than men practising in 2008, and over 8,000 more by 2015, yet in both years twice as many male solicitors of that age appeared before the SDT.

Professor Andy Boon, based at City University, and Avis Whyte, a senior research fellow at Westminster University, suggested that before concluding that “women make more ethical lawyers”, other factors should be taken into account.

They went on: “If one accepts the link made by criminologists between age, opportunity and misconduct, women are less likely to be present in practice at the age when serious offending typically occurs.

“This may also be linked to the kind of opportunity which only those in senior positions have. The current rate of growth of female partners remains sluggish with virtually two and a half male partners for every one female.”

However, the academics said the possibility of “systemic ‘chivalry bias’ in professional disciplinary matters” could not be ruled out − a tendency of investigators, prosecutors and tribunals “to agonise before prosecuting or sanctioning women”.

Looking at the age of solicitors appearing before the SDT, the bulk of offences occurred when respondents were middle-aged (aged 40-60), but the proportion aged over 60 grew significantly.

“The disproportionate increase in the number of practitioners over 60 is consistent with solicitors retiring later. There may also be tendency to ‘end of career’ risk taking.”

At the opposite end of the career spectrum, academics said there was a “possible link” between late qualification into the profession and offending.

The academics said that analysis of the years 2008 and 2015 showed that sole practitioners continued to be over-represented in proceedings before the SDT, but so too were partners.

“The predominance of small firm lawyers in disciplinary cases is usually explained by factors inherent in sole practice: lack of firm infrastructure, the absence of peer and hierarchical controls, business and personal financial pressures and the presence of greater opportunity for undiscovered transgression.

“The continuation of previous trends in relation to small firms suggests that they may also be resistant to establishing internal ethical infrastructure.”

Although the number of practising solicitors had nearly doubled since 1994, the tribunal’s caseload had shrunk to “a current low” of fewer than 150 per annum.

“The increase in ‘alternative disposals’, such as regulatory settlement agreements, may partially explain this. This proactivity by the practice regulator increased the cost of each tribunal case.

“If the SRA [Solicitors Regulation Authority] continues to gain increases in its power to sanction, even in the level of fine, the resulting decline in caseload may call into question the viability of a permanent disciplinary tribunal.”