Medium-sized law firms “the most innovative” 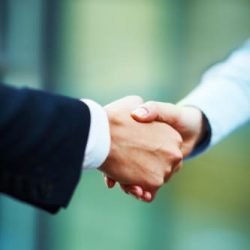 Mergers and acquisitions: Mid-sized firms on the look-out

Medium-sized law firms are more innovative than other firms, and are becoming more specialised, with mergers and acqusitions set to accelerate that trend, a report has predicted.

More than eight in 10 (81%) said they had adopted knowledge management/sharing technology, compared with only 69% of other firms.

Researchers from LexisNexis UK contacted 355 senior managers at law firms of different sizes and found that medium-sized firms – defined as having more than 10 fee-earners but not enough to feature in the top 100 – were less likely than others to describe themselves as ‘traditional’.

They were more likely than firms of other sizes to have implemented collaboration and remote working – 82% compared to 77%.

Almost half (45%) said they were becoming more specialist in a particular practice area, compared to only 27% of large firms.

The report, Medium-Sized Firms: the Change-Makers in Legal?, said: “If we consider that 40% of medium firms state that M&A was to be a top priority on their agenda for the next five years, could this kind of activity be a move to aid specialisation efforts in the middle market?

“Buying rather than building, when it comes to legal guidance and expertise, seems a sound strategy. Particularly if we consider the people-focused nature of client relationships and the specialist expertise that would benefit from a new and varied workforce.”

The top two challenges cited in the report by almost all the respondents, were increased competition from other firms and keeping up to date with the law.

Attracting and retaining clients followed close behind, with investment in processes and technology in joint fourth place, alongside profitability.

Other significant challenges included implementing changes in technology, achieving the correct ratio of partners, and the need to source funding and investment for growth.

“Two of the top ten issues faced by all senior leaders involved technology,” researchers said. “This is an area where further support and guidance is needed for mid-sized law firms.

“As funding and effective budget allocation are key to digital transformation, while budgets are stretched thinly, is it difficult to create the awareness needed of what new technologies can do?”

Keeping up with regulatory changes came bottom of the list of challenges, just behind increased demand for fixed fees and uncertainty around Brexit.

Medium-sized firms were more likely than large firms to say they had the partner/employee ratio right, 86% compared to 75%, although small firms were the most likely to say this (91%).

The researchers concluded: “It is clear that medium-sized firms demonstrate a healthy appetite for innovation.

“They are less likely to consider themselves as ‘traditional’ in their outlook, deploying new technologies, such as collaborative and knowledge management technology, at a faster rate than that of their peers…

“Medium-sized firms are making positive steps towards change in a way that the overall market is not. They are certainly creating waves in the current climate.

“With M&A activity in their future, and more mid-sized firms becoming specialist – but with enough resource to make an impact – we could perhaps see more ‘change making’ from this segment in next couple of years.”