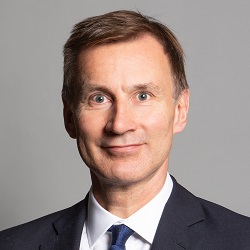 Hunt: Are lawyers defending current system out of self-interest?

Making claims against the NHS can be “a difficult, and in some cases inhumane, experience”, with the worst cases seeing staff trying to “proactively cover up” errors and even fabricating medical records, a report has found.

However, in other cases they were “very upfront about what had gone wrong” and consultants recommended taking legal action, according to research for the Association of Personal Injury Lawyers (APIL).

The research was carried out by insight agency Opinium in advance of yesterday’s meeting of the House of Commons health and social care select committee, which is holding an inquiry on NHS litigation reform.

Researchers carried out detailed interviews with 15 victims of medical negligence for the report, The Value of Compensation. Those interviewed came from a mixture of backgrounds in terms of age, gender and ethnicity.

The report said the approach taken by the NHS to medical negligence differed “hugely” for different patients.

“Some of those interviewed received an apology from medical staff for the negligence but many got a much less empathetic approach and agreed that the NHS could have shown more compassion.

“Some felt that the NHS failed to acknowledge them as people throughout the compensation process, others felt victimised for challenging treatment decisions and for pursuing their compensation claim.”

There were also “very different experiences” in terms of transparency.

“A few said that the NHS had been very upfront about what had gone wrong and about the learnings that had emerged from the case, with consultants even recommending that the patient take legal action.

“However, most had a much less open experience. In the worst cases, NHS staff had tried to proactively cover up the errors that had been made and some reported that medical staff had lied about the events and even fabricated medical records.

“Those having to deal with a negative backlash of claiming and proving the credibility of their case felt betrayed by the NHS and found the process especially stressful.”

Researchers said the claims process was often “lengthy and drawn out”, becoming an “all-absorbing activity for some as they engaged in time-consuming research” about their condition or that of their child.

“Some speak of accepting the first offer presented to them as a means of bringing the experience to a close. All in all, these factors compound to make it a difficult, and in some cases inhumane, experience.”

The report highlighted how emotional and financial health, as well as physical, could be seriously affected by medical negligence.

“When rapid recovery isn’t possible, people can fall into a spiral of decline. Financially, they face mounting debt; psychologically the pain and suffering can result in poor mental health, including depression.

“In the cases with the most serious consequences, the negligent act can become embedded in the patient’s sense of self-identity and self-worth.

“It’s not possible for people to return to the life they previously enjoyed when they have lost relatives unexpectedly or when the negligence has caused acute impairment.”

Compensation helped victims recoup expenses, alleviated financial pressure and provided access to private medical treatment, which could be a “key factor” in recovery.

On an emotional level, compensation could provide “recognition of the injustice experienced” by victims and families.

It could also provide a “sense of security”, particularly where children were involved, and was not about “shaming” the NHS.

“Many patients mention their admiration and respect for the NHS and the work that they do, and some mention not feeling particularly happy at having to take action against them.”

APIL committee member Guy Forster, who gave evidence at the committee, said: “There is a fixation on the financial cost of clinical negligence, rather than on the human cost and the reasons why injured patients have to make a claim for compensation at all.

During the evidence session – which also heard about how medical negligence cases were handled in other countries, such as no-fault systems – committee chair Jeremy Hunt, the former health secretary, asked Mr Forster whether the legal profession opposed major reform out of “self-interest”.

Mr Forster rejected this, pointing out that three-quarters of those who received compensation did so without needing to issue proceedings.

He acknowledged though that some cases went to court that should not do and said the causes needed to be examined, such as whether it was a lack of resources at NHS Resolution to ensure an early investigation or “not getting the family around the table with the clinician early on”.

He also agreed with the importance of mediation, with another witness, Lauren McGuirl, director of commercial services at the Centre for Effective Dispute Resolution, agreeing with Mr Hunt’s suggestion that it should be compulsory before claimants could start litigation, even if just to get the parties engaged.

Mr Hunt, the former health secretary, highlighted the value of examining other jurisdictions’ approach, such as Sweden’s no-fault system, which he said had a much lower compensation spend as a proportion of healthcare costs and much better safety rates.

Mr Forster predicted that the administrative costs of such as system in England and Wales would be huge.