Mediators warn against compulsory ADR “on the cheap” 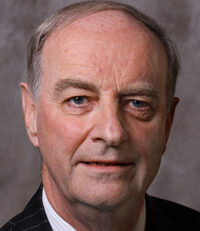 The Civil Mediation Council (CMC) has warned against the idea that compulsory alternative dispute resolution (ADR) needs to be “cheap or free”, particularly in lower-value cases.

The CMC said a “broader view” needed to be taken of the savings in time and cost to those settling disputes at an early stage, with low-value cases not “inherently less legally complicated”.

It was responding to this week’s report for the Civil Justice Council (CJC), which found that compulsory ADR was lawful, as long as the parties retained access to the courts. The authors included Lady Justice Asplin, lead judge for ADR.

Sir David Foskett, chair of the CMC, described the report as a “significant development” and “a step further towards the CMC’s aim for automatic referral to mediation to be the default means of dispute resolution in the civil justice system”.

The report commented that compulsory mediation was “least likely to be controversial” when it was “free or low cost” in its introductory stage.

The CMC said that at the same time as “urging a professionalisation of the industry and the regulation of mediators”, which involved time and cost, the CJC report seemed to be suggesting that “mediation should be carried out ‘on the cheap’”, which could prove to be a “false economy”.

The CMC said mediators had “certain skills” to encourage parties to resolve their differences.

“Sometimes the factors that drive parties to settlement are different from those openly deployed in the litigation. A skilled mediator may identify these factors and move the parties towards settlement knowing about them.

“Sometimes, even in what might seem the smallest dispute, it can take time to bring the parties to a point where they are prepared to settle.

“It is important to recognise that a mediator must be properly trained and accredited. Not everyone makes a good mediator.”

The CMC said that, whilst many judges made extremely good mediators, not all had the right skills – “although, of course, [they] may become equipped if trained properly”.

The council said a “broader view” needed to be taken of the savings in time and costs to individuals, businesses, the community and the state by the early settlement of disputes.

“Low-value cases are not inherently less legally complicated (in terms of progress through the courts), or easier to settle (in terms of consensual settlement),” it argued.

The CMC agreed with the CJC that failures to comply with orders to engage in ADR should carry the same sanctions as failure to comply with other court orders, and there was no reason why this should not result in a striking out.

“Whilst the CMC can see that this might prove controversial, there is an inescapable logic behind it and it may bear more immediate fruit in terms of encouraging ADR than, perhaps, the more frequently used power to impose an adverse costs order.

“The implications of an adverse costs order are often too distant for a litigant, wedded to a belief in the rightness of his case, to comprehend.”

It shared the CJC’s conclusion that there was a need for a “proper online resource detailing the different forms of ADR and how to access them”.

The CMC went on: “From the purely pragmatic point of view, the pandemic will almost certainly have resulted in a greater backlog of civil cases than existed before its impact and ADR offers a way of helping to clear that backlog.”