MedCo: We will be ready to integrate with RTA portal 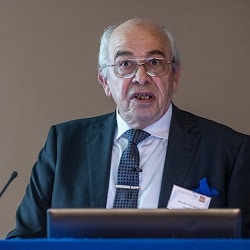 MedCo should be ready to provide medical reports for unrepresented litigants under the new RTA portal by next April, its chairman said today after the government confirmed it would have that role under the new regime.

The Ministry of Justice (MoJ) today announced it would extend the MedCo system to cover initial medical reports in relation to all road traffic accident (RTA) related personal injury claims under £5,000.

Its response to the consultation issued in April said that around three-quarters of respondents agreed with this move.

“Initial analysis of the responses showed a majority of MROs [medical reporting organisations] and DMEs [direct medical experts] who responded to the consultation will be prepared to work with unrepresented claimants,” it said.

“Whilst the limited volume of responses received make it difficult to make accurate assumptions on full market capacity, the numbers of tier one MROs [those offering a high-volume national service] indicating they will opt in indicates that there will be sufficient capacity to service the expected volumes.”

The MoJ also decided that initial medical reports for non-soft tissue personal injury claims, whether or not accompanied by a soft tissue injury, are to be limited to GPs and accident and emergency (A&E) consultants only.

The response said: “This is due to the concerns raised that only GPs and A&E consultants have a broad enough medical background to undertake initial reports for all types of injury.

“In cases where more specific evidence is required they will be able to recommend that further evidence is obtained, and in soft tissue only claims, the current rules will continue to apply.”

Further, MoJ officials will develop, in conjunction with MedCo, new qualifying criteria for MROs and DMEs who want to provide their services to unrepresented claimants.

MedCo’s executive chair, Martin Heskins – who is speaking at this month’s PI Futures conference – said: “For some months now, MedCo has been preparing for these reforms based on a number of assumptions. I am pleased to say that the MoJ’s response has confirmed that those assumptions were correct.

“Consequently, preparations for MedCo’s part in these reforms are well advanced and I am confident that everything we are required to do will be successfully achieved before the April 2020 deadline.”

The government said using MedCo would provide “consistency” in obtaining medical evidence irrespective of whether the claimant has legal representation.

It decided against introducing additional specialists to the MedCo process for the purpose of providing initial medical reports.

“From the views received it is clear that, although a case can be made for allowing some specialists such as psychologists and dentists, identifying the need for such a report could be difficult for unrepresented claimants and the number of claims where it would be clear from the outset that such reports would be required are likely to be very few in number.

“The government agrees that on balance this would not be helpful, and that the additional cost of obtaining both an initial and a secondary expert report outweighs the potential for confusion and incorrect selection of experts.

“In addition, the government believes identifying, recruiting and accrediting sufficient specialists would be also be a time consuming and would not likely be a cost-effective exercise at this stage.”

While adding specialists to MedCo for the purpose of sourcing additional recommended reports may be “worthwhile”, the MoJ said time was required to ensure that it could be done in an effective manner.

“Therefore, we intend to explore this option further with stakeholders, including the MedCo Board, with a view to assessing how this can be implemented at a later date.”

The additional option of restricting the provision of additional specialist reports to Tier 1 MROs only will also be explored.

The MoJ also went with the large majority who opposed any further extension to the types of expert allowed to provide medical reports for soft tissue injury claims, such as chiropractors, finding no strong consumer benefit to such a move.

The consultation revealed “firm support” for extending the fixed recoverable costs (FRC) regime for soft tissue injury medical reports to cover the additional RTA-related non-soft tissue injury claims which will be captured by the revised £5,000 small claims track limit, saying the evidence was that the work involved did not differ significantly.

The MoJ will also maintain the current level of FRC at £180 + VAT for initial soft tissue reports, but said it would review the figure “at an appropriate point following the implementation of the reforms in April 2020”.

It will also revisit the question of FRCs for specialist reports “once the reforms have been implemented and have had time to bed in”.

Lord Keen, the MoJ’s spokesman in the House of Lords, said: “Claiming for personal injury compensation should be simple, fair and proportionate.

“Our new system will increase the consistency and transparency of medical evidence as part of our action to bring down insurance premiums and tackle fraudulent whiplash claims.”

Gordon Dalyell, president of the Association of Personal Injury Lawyers, said: “At a time when people are looking for answers on how the new small claims system will work, this report fails to provide clarity.

“The government needs to address the substantial financial barrier injured people will face if they must pay £180 up front for their medical reports when liability is denied. Not everyone can afford this.

“It would be very easy for insurers to play the game of denying liability in the knowledge that it will put genuine injured people off taking the claim further simply because they can’t afford the medical report.”

Matthew Maxwell Scott, executive director of the Association of Consumer Support Organisations (ACSO), said: “A four-month wait after a four-week consultation is evidence of the challenges facing the government, but it is nonetheless welcome to see the response.

“The MoJ seems to be taking a sensible approach, and its focus – and that of its delivery partners – must now be on the consumer experience of the medical reporting system, especially for unrepresented claimants.

“There is still much detail which needs to come around not just the necessary consumer safeguards but also system integration, processes and the commercial arrangements providers will need to make. Much still rests on the statutory instruments, the user testing and the vital post-test impact assessment.”