MedCo looks to shift balance between tier 1 and 2 MROs 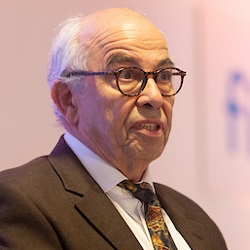 Heskins: Talking to the MoJ

MedCo is to hold talks with the Ministry of Justice (MoJ) over whether the balance between tier 1 and 2 medical reporting organisations (MROs) offered to claimants needs to be changed.

Martin Heskins, executive chairman of MedCo, also said that fewer than a quarter of its individual medical experts had been approved to work on the Official Injury Claim (OIC) portal, after a significant number “did not pass the test”.

Speaking at last week’s PI Futures conference in Manchester, Mr Heskins said he would be meeting the MoJ in the next couple of weeks to see “what appetite it had” for changing the qualifying criteria. We understand that the MoJ is aware of the issue.

MedCo figures showed that, while the number of tier 1 MROs – high-capacity, national providers – remained the same in April 2022 as the previous year, the number of smaller, regional tier 2 firms fell from 35 to 29. Four years ago, there were 68.

Claimants are offered a choice of two tier 1 MROs and five tier 2s through MedCo; Wayne Brannan, commercial director at tier 1 MRO Premex, told delegates said the reduction in tier 2s meant both tier 1s and tier 2s both now have around an 18% chance of appearing in a search – he suggested that this was unfair given the significantly higher demands MedCo placed on tier 1s.

He added that the need for tier 1s to demonstrate the capacity to provide at least 40,000 reports a year “made no sense” given the shrunken size of the current market since the introduction of the OIC.

Mr Heskins said more audits of DMEs were being processed, but the low figure meant that a “significant number” of experts “did not pass the test, as it were”. However, the small number of DMEs “was not a capacity issue at the moment”.

Last year, MedCo became a fully independent body with its own six-person operations team, after the Motor Insurers’ Bureau stopped providing a managed service. The organisation announced last month that it was cutting its registration fees for the current year by 35%.

He said MedCo was looking to save a further £1.2m this year, even though its cyber insurance premium had doubled.

Mr Heskins said he had a “suspicion” that one factor contributing to delays in the medical reporting process was when the defendant’s version of events was not passed on to the expert and another when issues of causation were not dealt with sufficiently.

A further factor was when medical experts were selected and instructed before there was a decision on liability in the OIC, “which I don’t think was the intention”.

He added: “One thing everybody needs to know is that the ban on remote examinations will be re-introduced, with effect from 1 July.”

In response to a suggestion from the MoJ that MedCo could become involved in rehabilitation, Mr Heskins said that for MedCo to enforce a voluntary or mandatory code on providers would require sanctions, and that meant secondary legislation, which was unlikely at the moment.