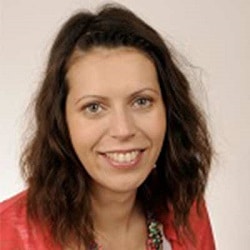 McKenzie Friends are giving “biased and misleading” advice to vulnerable family litigants, an academic study of online posts has found.

Researchers, who used linguistics software to analyse discussions, found “many negative attitudes expressed towards lawyers, social services and the court system” and only a few positive comments.

Words used to describe family courts and social services include “gender-biased” and “disgrace”, while social services were accused of not delivering, asking “stupid” questions and being incompetent.

One McKenzie Friend claimed the family courts were “routinely ignoring child abuse”, while another described it as a “broken system and not family-orientated”.

Further comments included a complaint that it was “so difficult to find a decent solicitor”, with another saying: “I sacked my barrister, who was useless.”

The study found only two positive references to judges in all of the posts analysed, and on three occasions parents were advised to write their own statements instead of taking legal advice.

At the same time, one McKenzie Friend made a “clear attempt” to build a “professional image” of a “trusted” service, saying: “I’m not legally trained but I have plenty of direct experience in family law cases. Please get some proper legal advice before deciding on your next step.”

Researchers said some fee-charging McKenzie Friends used social media as a marketing strategy, providing emotional support and attempting to create a “safe space” for parents to share their emotional and legal problems.

They wrote: “McKenzie Friends’ non-conciliatory tone and occasional animosity expressed towards the legal profession and the court system could potentially be misleading for LiPs.

“One of the crucial roles of lawyers is to manage their clients’ expectations and responsibilities, i.e. promote active engagement with court proceedings and social services.

“The debate around professionalising McKenzie Friends should take into consideration that the framing and the tone of the advice are closely related to professional ethics and the duty to the client.

“It is equally important to inform LiPs of the risks and advantages of using the services of McKenzie Friends irrespective of whether it is in court, before the hearing or online.”

Dr Tatiana Tkacukova, senior lecturer in English language at the university and lead author of the study, said: “The increase in people representing themselves in court means that many parents are struggling to navigate the system while seeking to understand the way courts, social services and the legal system works.

“McKenzie Friends provide a much-needed service to offer advice and support to those for whom the legal system and the language of law is completely alien.

“While there are many positive experiences, the unregulated environment online means that our research found several instances of worrying, biased and misleading advice.

“The negative portrayals of the courts and social services, alongside the advice to ignore specialised legal advice, show a worrying trend towards personal viewpoints and agendas clouding impartial and objective support.”

Dr Tkacukova said that, to help protect the many vulnerable people in these cases, a more regulated environment was needed, with increased transparency to make sure people knew the information they were accessing and the legal qualifications of those advising them.

The posts were analysed using ‘corpus linguistics’ software, which looks specifically at the use of words, language and tone in posts.