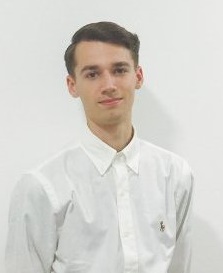 The McKenzie Friend Marketplace (MFM), which hopes to help hundreds of law students find paid work offering legal services, has responded to criticism from practitioners by announcing that it will ban active students from providing legal advice – although they will be able to give clients other types of support.

It also revealed that half of its profits will go to charitable law clinics, and founder Fraser Matcham will himself use some of his profit from the enterprise to help create law clinics in remote parts of England and Wales.

Legal Futures reported last week on the launch of MFM, which aims to be more than just a directory; instead, it will facilitate payments – taking a commission (5% for students) – and subject MFs to a code of conduct, while also capping their fees. They must have professional indemnity insurance as well.

Founder Fraser Matcham, a second-year law student in London, said he hoped the site would be boosted by “hundreds” of fellow students taking up the opportunity to gain practical experience and offer services to the public on a paying basis.

MFM has been criticised at length – family law barrister Lucy Reed, author of the highly regarded Pink Tape blog, described it as “an excellent illustration of the truth of the proposition that a little knowledge is a dangerous thing, whether that knowledge is wielded by a law student or a McKenzie Friend of some other flavour”.

She said: “My concern is firstly for the litigants who may be reliant on such services, but also for the law students who may at best gain less valuable experience or skills than in more traditional, better supervised schemes and at worst may actively damage their career prospects.

“My concern also extends to the litigants who may be involved in cases where another party is being assisted by these outfits.

“And of course there is undoubtedly an impact on the regulated providers of legal services who are now competing with providers who claim or appear to be cheaper or better value for money (whether such claims or appearances are borne out is highly dubious).”

Giles Peaker, a partner at London firm Anthony Gold and founder of the leading housing law blog Nearly Legal, wrote: “Law students do not have any practical experience, they often have an inflated conception of their own abilities and they rarely know the law involved in the kind of matters that this site will attract.

“There is no supervision here, no control, no attempt to ensure that advice and assistance is accurate, practical and in the best interests of the client.

“And yet, the students will charge fees, and MM will take their cut. And the client has no realistic recourse if the student’s ‘legal advice’ turns out to be catastrophically bad.”

In another blog, Dr Leanne Smith, a senior law lecturer at Cardiff University – who is leading an independent research project, funded by the Bar Council, exploring the work of fee-charging MFs in private family cases – said she doubted that “even the strongest undergraduate could offer something sufficiently valuable to a litigant to justify charging for her support”.

Mr Matcham has now published his response to some of the criticisms, saying that MFM would be adding a clause to its code of conduct “prohibiting legal advice from being provided by student members that are active students. Those student members will still be able to vastly assist with multiple other legal services”.

Mr Matcham continued that MFM was a registered social enterprise and pledged to reinvest or donate at least 50% of any profits into “charitable law clinics that seek to improve access to justice and organisations that seek to increase social mobility and diversity”.

He will also be looking to donate a proportion of any dividends he receives to setting up law clinics in ‘legal aid deserts’ in remote areas in England and Wales.

On other issues, Mr Matcham confirmed that MFM has been registered by the Information Commissioner’s Office as a data controller, while the indemnity insurance that MFs have to take out must cover “all the services that will be provided”.