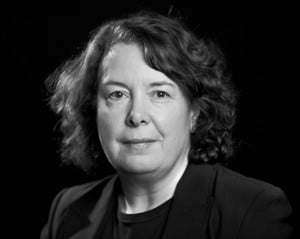 McGowan: we do not hack the phones of others to sell our services

The Legal Services Board (LSB) has put obstacles in the way of lawyers trying to practise “well and honestly” rather than improving standards, the chairman of the Bar Council told barristers on Saturday.

Addressing the annual bar conference, Maura McGowan QC also said her profession needed to be more vocal about the pro bono work it does to illustrate its value as an institution.

In a speech that was well received by the hundreds of barristers present in London, Ms McGowan complained that “despite the quality of training we provide both at the start and throughout barristers’ careers, which we continue to improve, we are watched over like naughty children”.

She described the current regulatory regime as “too cumbersome, too expensive and it does not serve the public in guaranteeing excellence. As we see from the proposed Quality Assurance Scheme for Advocates, it only sets out to ensure competence”.

As a result, she “enthusiastically” welcomed the government’s current review of legal regulation.

“The advent of the Legal Services Board has not driven up standards; it has put more obstacles in the way of those trying to practise well and honestly… We should not be held to account by an oversight regulator whose stated position is ‘to look forward to a future when the provision of legal services means more service and less legal’.”

In its submission to the review, the Bar Council called for control of education, quality assurance and standards to return to the profession, with the regulatory bodies retaining responsibility for disciplinary matters.

Arguing that lawyers are a vital part of the constitutional framework of society, Ms McGowan said “we cannot allow the politicians and press to pretend that cuts to public funding will not detrimentally affect the social good”.

“In commercially funded areas of practice, talent is met by financial reward and the acclaim of the Lord Chancellor. In publicly funded areas, it is met with a contemptuous disregard.” In a swipe at sections of the press that show “a total inability to refer to any barrister without using the lazy and inaccurate epithet ‘fat cat’”, she added: “We do not hack the phones of others to sell our services.”

Highlighting the bar’s pro bono work, and “vast contribution” to public legal education and citizenship, Ms McGowan said: “For too long, as individuals, we have fought shy of talking about the pro bono work we do. At a time when the entire institution is under threat, we should no longer be so shy. We do much more than our fair share to work for society; we deserve better recognition for what we do…

“Our commitment to serve the public has not faltered. We have to continue to fight for the recognition and respect we deserve. There is still so much to fight for and it’s worth the fight.”