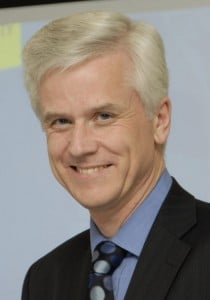 Mayson: Balance between lawyers, clients and public interest must be recalibrated

Lawyers have lost sight of their true purpose and legal practice should focus less on “spurious claims” and more on providing clients with valuable outcomes, Professor Stephen Mayson has urged.

Reconnecting the purpose of law and lawyers is “essential to enabling a meaningful and worthwhile future for law”, he warned, while policymakers must seek a new balance between the public interest and the interests of clients and professionals.

In a paper called ‘Restoring a future for law’, which followed an address he made recently to the College of Law Practice Management in the US, Professor Mayson made three propositions: firstly that “governments and lawyers have lost sight of what the law is for” and secondly, along with regulators, they have “lost sight of what lawyers are for”.

Lastly, the academic argued the future of law “depends on finding a new and proportionate balance of the public interest, the client interest, and the professional interest” – in order to achieve what he called “profitable ethics and ethical profits”.

He attacked what he said was an “artificial market” for lawyers’ services resulting from too many lawyers, in which they – with law-makers – had encouraged “the spread of law into areas that were not necessary”. An example was “the pursuit of spurious or low-merit claims”.

Meanwhile, there was “a declining demand for the complex, over-lawyered, over-priced and over-protected advice and representation of the past”.

Legal businesses in future had to follow a model that charged on the basis of the value they provided to the client, whether from “creating an innovative legal solution”, or, for example, “from making the client’s personal or business life or relationships easier and less stressful”.

He predicted: “This is where competitive advantage in the future will ultimately lie. It requires informed answers to the questions, what are we selling, to whom, why, and what is it worth?”

A failure to involve non-lawyers where appropriate would lead to inefficiency, he warned. Worse, “there is an insidious consequence of believing that lawyers are the best… it downplays and demeans the ‘non-lawyer’ input, whether that is another person, technology, a process, or management”.

Future business models should be open to alternative sources of “finance, ownership and structure”, he advised.

In a critique of the professional partnership model of law practice, he said it “pays out too much money, too quickly, as income, to the wrong people, for doing the wrong things. It makes no meaningful assessment of who has actually created the wealth of the business, reflecting income and capital growth, over any period of time. It is a short-term income extraction model that benefits a select few people disproportionately and inappropriately”.

When it came to regulation, Professor Mayson was clear that while certain barriers to legal practice were justified on public interest grounds, regulation should start from the proposition that it was “a last-resort intervention on behalf of society”.

Legal services providers should be required to act in the public interest, as were accountants, and not just clients’ interests, he argued. Alternative business structure licence holders should be held to ‘professional standards’ as well as lawyers.

On who should regulate, he was hostile to self-regulation, but said this should not automatically point to lay-dominated regulation. Clients’ and consumers’ perspectives should be represented, but the presence of those who understood the realities of legal practice was also necessary, he said.