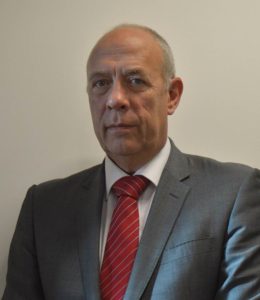 Taylor: “the market is going to change hugely”

The founder of an unregulated law firm offering advice to SMEs has said there is a “massive space” for similar companies to move into the market.

Robert Taylor, chief executive and general counsel at Business Law Online, said he did not expect the consumer law world to “change much at all” but legal advice for small businesses would increasingly be handled “by unregulated firms at realistic prices”.

He went on: “The market is going to change hugely over the next five years. The companies we deal with want a much more commercial service, equivalent to the kind of service they offer their clients.”

Mr Taylor, a trained barrister, said Business Law Online (BLO), which opened in 2014, had around 80 clients – most of them UK and US-based technology companies. Before setting up the firm, he worked as senior counsel for a number of technology firms.

Mr Taylor said clients paid subscriptions ranging from £250 to £8,000 per month for general commercial, corporate and HR advice. Advice was given either by BLO’s five-strong team of in-house barristers, based at its offices in Camberley, Surrey, its team of 28 freelance lawyers in the UK, or its international network.

“The market is very large, but our capacity to handle growth is very good,” he said. “Most of these businesses tend not to go to lawyers unless they clearly have a legal problem.

“They tend to avoid the big boys and go to local solicitors, who are not always in the best place to help them – for example if they want specialist advice on an IT contract.”

Mr Taylor said BLO did not provide advice on M&A, or any reserved legal work, such as litigation. In such circumstances, clients were referred to the firm’s freelance lawyers, who negotiated with them separately on a fixed-fee basis.

Mr Taylor said clients had asked if the service could be provided internationally, and as a result BLO now had a network of law firms or freelance lawyers across the globe – in India, the USA, Australia, Spain, Italy, Poland and Russia.

“We believe that we are the only legal services provider to offer a subscription-based service which operates internationally,” he said.

He said clients could obtain employment advice for £60 per employee per annum, and litigation advice and representation for tribunals could be obtained from freelance lawyers for fixed fees.

Mr Taylor did not give a figure for the amount of money he believed clients had saved generally by not using traditional lawyers, but said one of his largest clients, CMO Global, an international provider of governance, risk and compliance software, estimated that it had reduced its annual legal spending by 50%.

Before agreeing a subscription with a new client, Mr Taylor said the firm carried out an audit of its workload and legal costs. A subscription was then offered on a three-month trial basis, before being fixed for the next 12 months.

“We’re not seeing a single contract running at anywhere near a loss,” Mr Taylor said. He added that, if that was the case, BLO could increase the price for the following year.