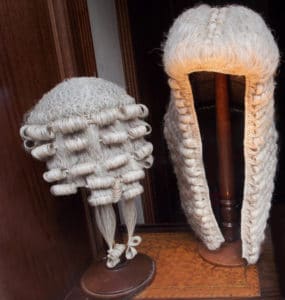 Bar students are struggling to understand ethical values because of the “massive memory test” awaiting them in the examination room, a senior lecturer has claimed.

William Ralston, a former barrister based at Northumbria University, also questioned why anti-money laundering training does not feature in the Bar professional training course (BPTC) exam.

Mr Ralston said “urgent work” was needed so that Bar schools and students had the “time and space” on the course to understand the ethical values underpinning the code and guidance.

“I’m afraid that what is going on at Bar schools today is that the students are so concerned about anxiously concentrating on recollecting the letters of the code and guidance that they are not concentrating on the spirit of it.”

Mr Ralston said the advocate and the student needed to understand their own personal values, but that was being “crowded out” by putting students through “a massive memory test.”

Speaking at a Bar Standards Board (BSB) Future Bar Training event this week, Mr Ralston said the current assessment method for the ethics element of the BPTC course was short answer questions.

These were designed to test knowledge and understanding of the professional conduct rules and were a “great improvement” on the old Bar vocational course.

However, he said this approach had “significant shortcomings” and whatever model was adopted in the future should aim to ameliorate or eradicate some of them. Mr Ralston attacked the existing “closed book” approach to the exam.

“I do not see the need to deny students access to the codes and guidance in an assessment.

“If the students do not know the codes and guidance relatively closely in a closed book examination, they will fail it, but I think we should get students used to the idea of referring to the documents actively when they need to in practice.

“They shouldn’t be simply learning to pass the exam and clutching for something from the reaches of their memory when an ethical issue arises.”

Mr Ralston said the syllabus also needed to be considered urgently. He said the Quality Assurance Scheme for Advocates (QASA) was examinable, but money laundering was not, although students needed to know about it.

“QASA has not come in, and I’m not aware of proposals to bring it in. Money laundering is something you can come across quite quickly in practice and in very innocuous circumstances.

“It is important to give students the task of learning about that in detail for an assessment.”

Mr Ralston said there was a lack of clear guidance on what students were expected to include in their answers to pick up marks. He said a mark could be awarded for each core duty mentioned, or it could only be awarded when two or three core duties were given.

“Students write screeds and screeds, instead of targeted answers, because they don’t know what is expected of them to collect the marks.”

Mr Ralston suggested that one way forward would be an “open book” version of the ethics exam or an assessment where students were put through ethical situations similar to the ones they would face in practice, so they would not be “blind-sided”, through use of a viva voce or some other way.

Meanwhile, new figures from the BSB have shown that the proportion of students failing the BPTC has fallen sharply in the last two years, from 20% to only 11%.

The figures also show that the proportion of students judged ‘outstanding’ on last year’s course rose in the same period from 7% to 13.5%.

A clue may be found in the fact that the number enrolled on the course fell in 2015 by 7%, despite an increase of 9% in the total number of applications.

The diverse nature of those on the BPTC course is reflected in a further sharp fall in the number of white students, who are now easily outnumbered by Asian students (479 to 640). This is partly a result of the growing number of overseas students, which rose to 43% of the total last year.

When UK and European students are separated from their colleagues, around 63% are white, 20% Asian and 8.5% from black backgrounds.

However, less than 20% of the pupillages awarded to European BPTC students went to BAME candidates (19.7%), while almost half (48.2%) went to women.

Ewen MacLeod, director of strategy and policy at the BSB, said the data would “provide a benchmark to help us measure the future success of the limited number of alternative approaches” authorised in the future.

Andrew Langdon QC, chairman of the Bar Council, said that while competition at the Bar was as tough as ever, the profession was becoming increasingly diverse.

In a separate development, the BSB has launched a consultation on the information barristers are required to give when applying for their practising certificate.

The BSB is also seeking views on the method for compulsory registration of barristers involved in proceedings at the Youth Court. The regulator said this would allow it “to take steps to ensure that they have the specialist skills, knowledge and attributes necessary to work with young people”.

In a further step, in advance of the implementation of the Money Laundering, Terrorist Financing and Transfer of Funds (Information on the Payer) Regulations 2017, expected next week, barristers will have to declare whether they provide services that engage the money laundering regulations.