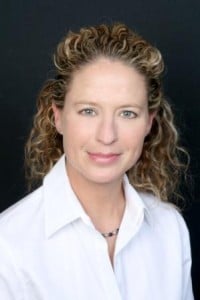 There are widespread failures among law firms to comply with a host of key regulatory requirements, from their websites to the Bribery Act, new research seen exclusively by Legal Futures has shown.

The figures indicate that there is simply too much for small firms to comply with, according to its author.

Compliance consultancy Legal Eye said that in its work with more than 250 firms, 82% of their client-care letters and terms of business were found to be not compliant, while 76% of firms did not have a file review process – and of the 24% that did, only 5% carried it through and complied with their own policy.

Common errors including referencing old complaints bodies instead of the Legal Ombudsman or not having updated the ombudsman’s address in client-care letters and terms of business, and firms failing to confirm on their websites and e-mail footers that they are “Authorised and Regulated by the Solicitors Regulation Authority”, and not including a link to the website of their regulatory body.

Legal Eye director Jaunita Gobby said that “firms are trying their best” but lawyers’ priorities are winning work and supervising their teams – the economic situation also means that “non-fee-earning roles are a luxury” for many practices, with the new compliance officer roles only exerting more pressure.

She added that the self-regulatory environment also put the onus on firms to ensure they comply with risks coming from regulatory or legislative sources such as the Bribery Act. “If a postman can be prosecuted under the Bribery Act, then we all have to be concerned,” she said.

“Travelling the length and breadth of the country, we have met firms who think they are fully compliant, but are missing major pieces of the compliance jigsaw. Large areas like the Bribery Act and compliance with the E-Commerce Directive are a crucial part of firms’ risk management policies and procedures.”

She said there is now simply “too much for small firms to comply with”, and also warned that firms are wrong to think that the Law Society’s Lexcel standard is a route to compliance. “It only takes you 50% of the way,” she said, explaining that the quality mark makes no provision for requirements such as a risk register, compliance officers and adherence to the Bribery Act and Equality Act.

Legal Eye has instead launched its own quality standard for solicitors, licensed conveyancers and other legal services providers that assesses compliance with the SRA Handbook, regulatory and legislative requirements, and also offers accreditation for those businesses not eligible for Lexcel or the Law Society’s Conveyancing Quality Scheme.